If I Fought Tomas Plekanec

This all started while watching a Leaf game and witnessing Matt Stajan get slapped around behind the net, his helmet falling off and his receding hair line overwhelming the TV. Christ, he made my hair look like DJ Pauly D’s. Upon his being dominated, I called Matt Stajan a pussy and my mouthy little shit of a brother replied that Stajan could take me, and thus an on going joke of Matt Stajan beating me up was born that will now last a life time. This will be an ongoing segment in which I take on some of the weaker NHLers in which I'm overly confident I would win fights against. 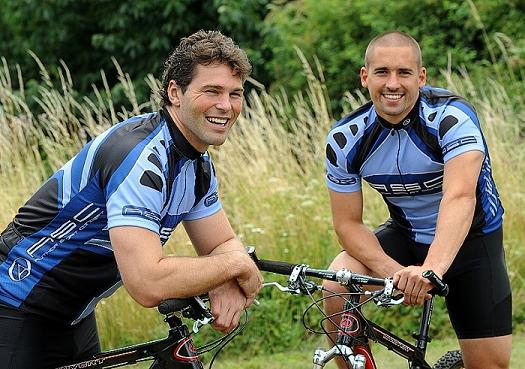 What many people don't know, is that Tomas Plekanec and I were once very good friends. I can remember hanging out with Tomas and Jaromir Jagr back in our hay days. I took this picture of us biking out to the Leslie Street Spit a few summers ago. We were activity buddies. It's like we were both searching for that best guy friend to do cool things with it. It was a lot like that movie "I Love You Man".
We would play soccer in a houseleague run out of Pantry Park, tennis at Kew Gardens, and even went go-karting. He was so slick on the track, it was impossible to pass him once he got the lead. He was like Koopa in Mario Kart. 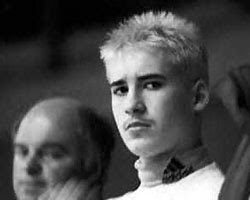 But then, things started to change. He would always ask to borrow my clothes. He loved the turtleneck sweaters that my grandma had bought me over the years for Christmas. He would wear them all the time. Things just started getting really weird and I asked for them all back. He told me he needed them. They made him feel stronger and more powerful when he played sports. He felt like a superhero on the ice he said. He told me that if I wanted them back, I would have to fight him. I didn't see him again that off-season because he went back to the Czech Republic, but I would circle my calendar for the next time I would play the Canadiens.
I would see him during warm-up and he would avoid making eye contact with me. He would be hiding behind his the turtle neck. He would be wearing a turtle neck that I could see was three of mine sewed together. I would shout out to him "I'm coming for you, Tomas". He would be the first off the ice during warm-up. The fight would happen early: 1st period, 2 minutes in.
Tomas would be dangling in the corner and I would head straight for him and just drop my gloves (blatant instigator penalty). He would fall to the ice in the turtle position (shocking), and I would rip off his helmet. I would land an upper cut off his brow and the blood would start to flow.
I would rip his jersey off since there is no way in hell he has a tie down on. I would jab him with my right hand while the left pulled his shoulder pads off. I would notice that it feels like I have a backpack on or something. It's Brian Gionta. I toss him aside and continue to tug the turtle neck over his head and try to get his left arm out of it. He just wouldn't let go of it. I slap him. Yes, bitch slap Tomas Plekanec.
Finally, the turtle neck is off of him. Just in time as the linesmen jump in and try and make me let go of his turtle neck. I say "No way, this is my turtle neck now". Tomas lays there on the ice half-naked and bleeding, curling into the fetal position. So weak without his turtleneck.
As I am leaving the ice, Carey Price shoots me a wink and says "see you at bar later on bud".
Posted by Dirty Dangle at 10:38 AM
Email ThisBlogThis!Share to TwitterShare to FacebookShare to Pinterest