Players You Won't Be Seeing at the World Juniors

﻿Every year when the World Juniors roll around, there is always some talk of what NHLers could be playing in the tournament, and if they will be released from their teams to play. There is always some standout under-20 players in the NHL, however they are too valuable to their teams to be released for 3 weeks to play at a lower level and risk getting injured. Many fans think they are seeing the best under-20 players in these World Junior Championships, however taking a closer look at the NHL this season, that is not the case.

There are many players this season who could play for their respective countries at the tournament. Canada is normally a frontrunner in this area, and this season is no different. With 7 NHLers who are eligible, they still wouldn't come close to rivaling the 2005 WJC team.

Here's a closer look at these players: 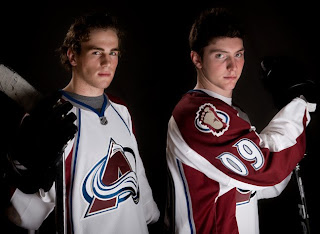 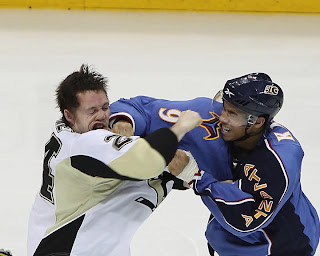 Kyle Clifford – Left Wing –
There was a chance they were going to let him go, as he only averages about 8 minutes a game, however the Kings were probably afraid he wouldn't make it.
Cam Fowler – Defence -
Alexander Burmistrov – Centre -
Having played in all of Atlanta's games this season, Burmistrov stays with the big club. I'm just glad the Russians don't get his firepower for the tournament.
Magnus Paajarvi – Left Wing - 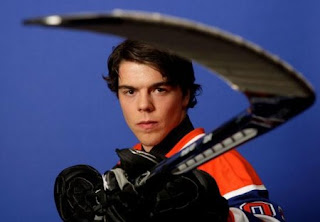 Oliver Ekman-Larsson – Defence –
Ekman-Larsson was a late confirmation not to go, and despite being up and down all season, it looks like he will stick with the Coyotes.
Posted by Dirty Dangle at 2:00 PM
Email ThisBlogThis!Share to TwitterShare to FacebookShare to Pinterest