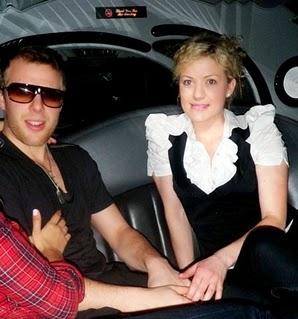 We love when hockey players are caught partying or drinking on camera. While athletes are supposed to have this clean and tidy image, you get the rare cases of players behaving badly - or at least not in the "professional manner" we expect of NHLers. If you remember one of our first posts ever - the original Players Behaving Badly featuring Alex Ovechkin, Sidney Crosby and Evgeni Malkin, you know some know how to party more than others. It seems every year, there is a group of players or a team that make hockey blog headlines with their late-night antics.

With Kris Versteeg being traded to the Philadelphia Flyers on February 14, many wondered how he would fit in with the Flyers. He would be joining a team that he won the Stanley Cup against last year and no doubt got under some skin on the way to winning the Cup. Well, if you remember correctly, some of the Chicago Blackhawks had a nice limousine ride that season, shirts optional of course. Good to see the boys drinking Kokanee, and Patrick Kane out of sight from the chauffeur. Kris Versteeg was in that limo, as seen above, and he joined a Flyers team with plenty of partiers (well maybe just Mike Richards and Jeff Carter). In fact, we would almost declare the Philadelphia Flyers the NHL's best partiers. 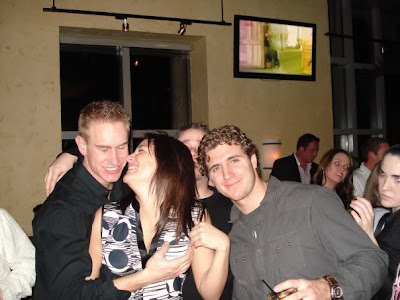 ﻿Jeff Carter is straight to the point﻿ 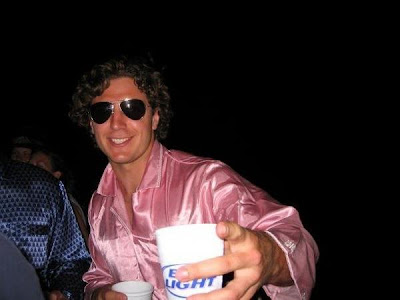 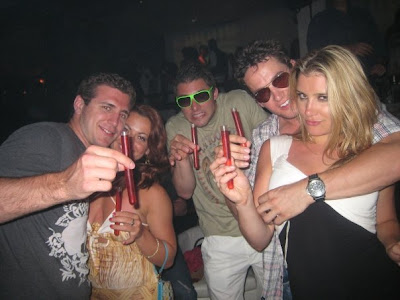 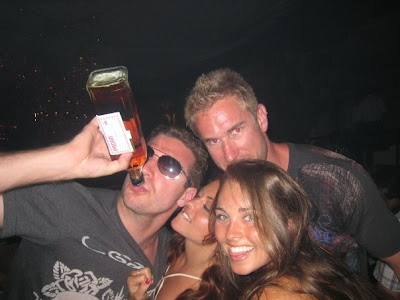 Mike Richards will drink in your face﻿
So how long is it until we see some Kris Versteeg party pics with his new teammates? 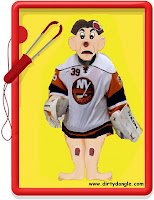 NHL Band Aids
Posted by Dirty Dangle at 12:06 AM
Email ThisBlogThis!Share to TwitterShare to FacebookShare to Pinterest