The Memorial Cup Is Sweet

If you haven't been watching the Memorial Cup, you've been missing out. Considered one of the hardest trophies to win in sports with 60 teams competing for it annually, it makes for some great junior hockey. There's nothing better than young hockey players playing with everything they got knowing they may never have the chance to compete for this historic championship. This year, Hershey made a replica chocolate trophy to commemorate the tournament and the fact that the games are being played in Mississauga at the Hershey Centre.

Here are some more detailed pictures of the replica: 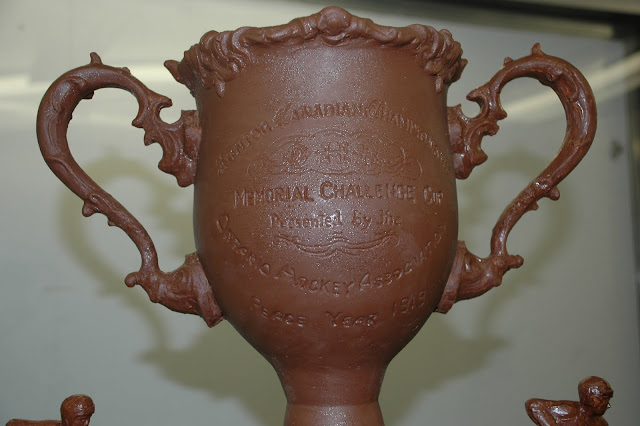 The trophy took around 400 hours to create, or 16.6 days. Hershey shipped it up to the Saug as a full load so it was the only thing in the cargo. 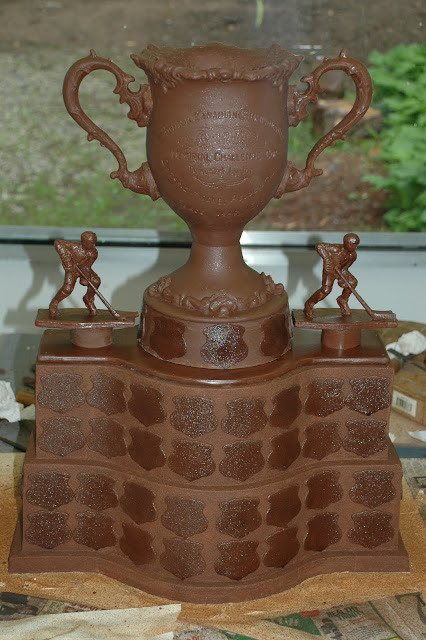 ﻿Pretty amazing. We hope the team that wins gets to eat it on the ice after or break into it like Spokane did in 2008.
Posted by Dirty Dangle at 12:03 AM
Email ThisBlogThis!Share to TwitterShare to FacebookShare to Pinterest