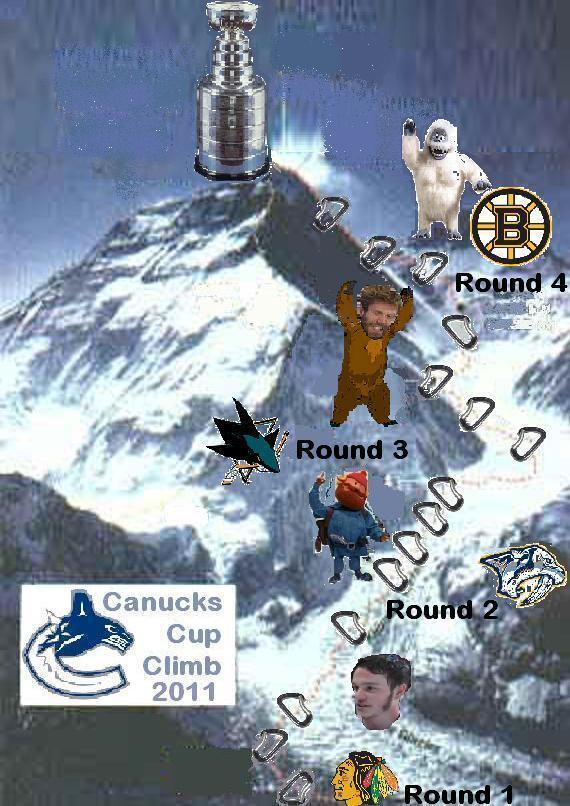 Earlier this week it was noted the Vancouver Canucks have been using a motivational tool throughout the playoffs - a picture of a mountain with the Stanley Cup on the top. With each win the Canucks earn, a carabiner is added to a chain that strings to the summit of the mountain. Along the chain up the mountain are base camps that represent each round of the playoffs. While a picture of the board was recently released, there are some details you can't quite make out on the mountain. For instance, for every round, the Canucks have added a player from their opposition in which they must defeat to continue further up the mountain. Lucky for our readers, we've obtained close up photographs of the Canucks motivational tool as pictured above.

Here is a close up from the First Round in which they had to conquer a wolverine to make it to Base Camp 2: 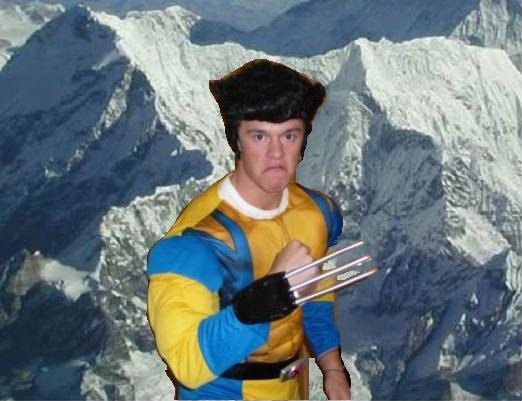 Jonathan Toews put up 12 points (4G,8A) in 6 games against the Canucks in the 2010 playoffs, but was stymied by Van City this year around, tallying 1 goal and 3 assists in 7 games this April. Wolverines have a reputation for ferocity and strength out of proportion to their size, but the Canucks managed to get past this small-bear weasel to continue on up the mountain.

In Round 2, the Bearded Man of the Mountains stood in their way: 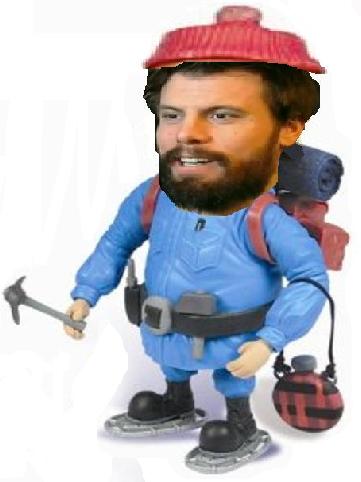 Intimidating with his beard and boisterous voice, The Bearded Man of the Mountains was looking for the same silver the Vancouver Canucks were looking for - the Stanley Cup. Shea Weber of the Nashville Predators did his best to shut down the Canucks, but Ryan Kesler carried the team on his back in the series and up the mountain to the Third Round.

Round 3 featured a test Vancouver had never seen before - Joe Bear and his Sharks: 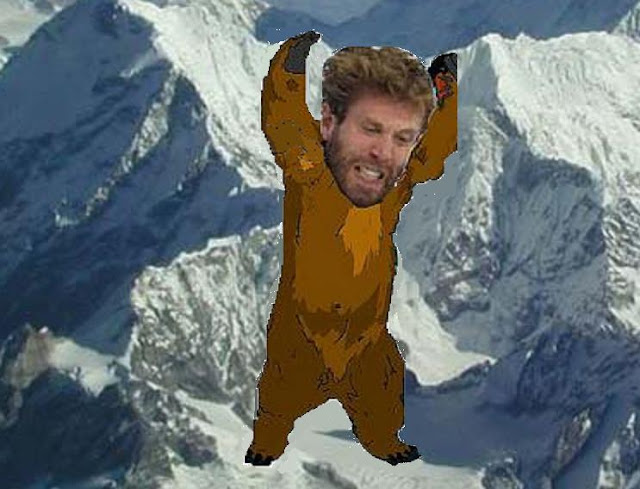 Joe Thornton was silencing his critics throughout the playoffs with his strong play and point total increasing every game (3G, 14A). He was also a Hoss in the faceoff circle with a 59.2% faceoff percentage and 199 faceoff wins through 18 games. Regardless of his play, the Canucks muscled past Joe Bear in 5 games to face a group of bears, the Boston Bruins.

Round 4 saw the Canucks against their biggest opponent yet, The Yeti: Zdeno Chara is an intimidating presence for the Canucks, his ability to shutdown single players, or twins, is uncanny. With 15 carabiners on the mountain already, the Canucks will have to deal with this Mountain before getting to #16 and their Stanley Cup.
Posted by Dirty Dangle at 6:13 PM
Email ThisBlogThis!Share to TwitterShare to FacebookShare to Pinterest