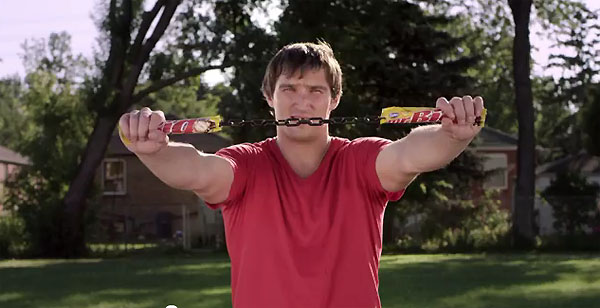 The other day I saw the Alexander Ovechkin Mr. Big commercial for the first time. I had heard about Ovechkin joining forces with Mr. Big to promote the chocolate bar, but didn't think much into it. At first I thought it was kind of odd to see him as a spokesperson for a candy bar, but then I remembered years ago that another hockey player had also repped Mr. Big.

None other than the Great One himself: 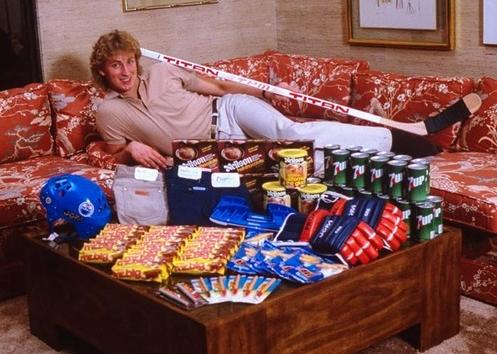 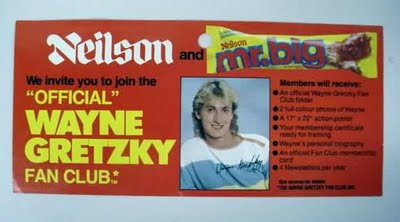 Seems like Mr. Big likes hockey players with the word great in their nickname. The Great One and the Great Eight have both gotten on the chocolate bar selling wagon.

How long until Ovechkin does this spread? 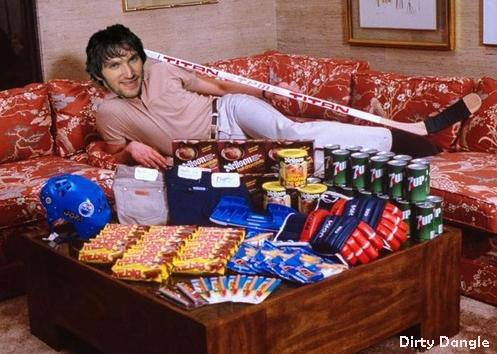