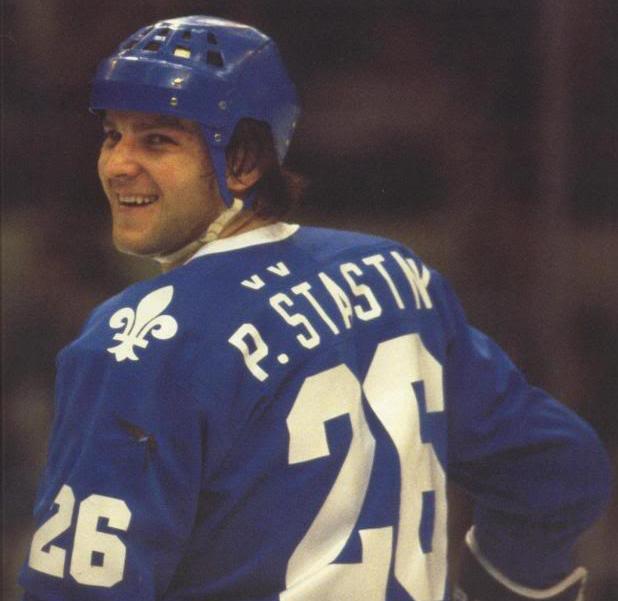 I am a huge fan of Peter and not just because he was a NJ Devil. Peter took the league by storm as an undrafted defector in 1980. He set a rookie record with 109 points and when joined by his brothers Marian and Anton they helped make the Quebec Nordiques a strong team in the early and mid 80’s. Unfortunately there were a few dynasties in the way of the Nordiques having Cup success during those years.

For once I actually own a Stastny rookie and I mailed one away to get autographed as well. Here is his O-Pee-Chee rookie: 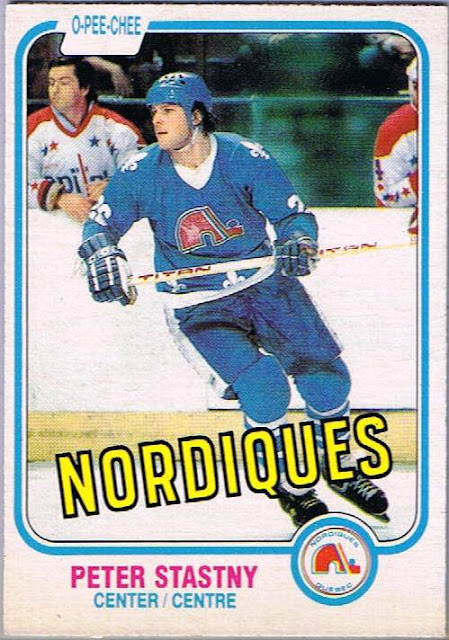 The card I mailed away was the Topps variation and it looks nearly identical to the OPC. 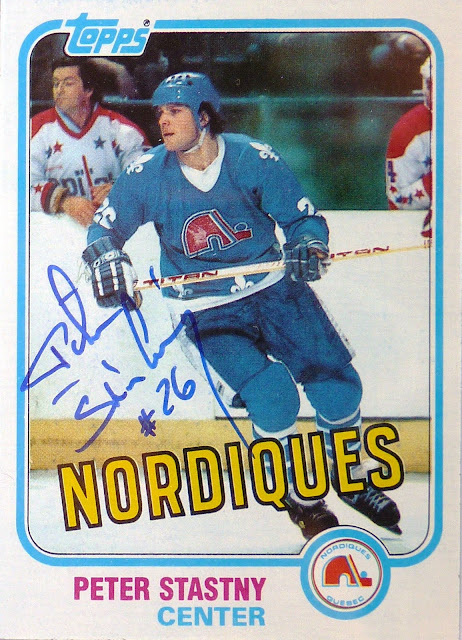 A nice and clean auto with his number 26 in blue sharpie. I have seen some autos include his HOF year, but he didn’t include it in this auto. This is an autograph I wanted for a very long time and he was kind enough to sign it and return it to me in less than 2 months. I mailed the Topps version because I wanted his auto on a rookie card and the Topps version only lists for about 4 bucks if he didn’t sign or it got lost I am not out too much money. One of the most important thing about autograph requesting through the mail is to never expect to see your card again. That way you are surprised when it arrives and you can live without it coming back. Personally I set a 10 buck limit, if the card is less than 10 bucks and I have extras or don’t mind losing it, I will mail it.

A few interesting facts about Peter Stastny:
Another thing I did not know is that Peter is a member of the European Parliament for his native country, Slovakia. Here is a campaign poster for his election:

Well that is all for this week, here is hoping there is something arriving this week worth sharing next week!
Posted by Dirty Dangle at 7:49 AM
Email ThisBlogThis!Share to TwitterShare to FacebookShare to Pinterest