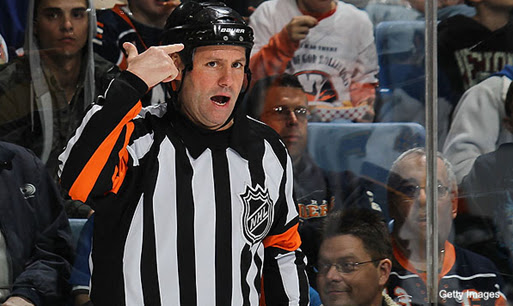 Before every season there’s a fine line between chasing down every minuscule hockey rumour (90% of which surely arise from Eklund reading ludicrous trade proposals on HFBoards, HockeyBroads, and TSN.ca*) out of sheer boredom from the lack of goings-on around the league and the immense excitement as the upcoming season’s storylines begin to play out. Here are 11 things to pay attention to in the months to come:

Question 1: When will Crosby’s Ferrari finally make its return? How long will it last?

End of November. Post-concussions symptoms return before or during the playoffs. Crosby still finishes Top 10 in scoring.

Question 2: Who is the first superstar to be featured in the new Brendan Shanahan NHL.com suspension videos? Judging from those clips, you’d never know Brendan starred in Me, Myself & Irene and Forrest Gump.

Corey Perry. Most likely in an incident involving the Red Wings.

Mark Streit. He's wearing the "C" this year and will no doubt want to make up for his lost season - just don't expect him to be passing to Matt Moulson that much.

Question 4: If there are injuries to both the Maple Leafs’ goalies and the anthem singers, will goaltending prospect Mark Owuya be invited to do the honours?

We can only hope so.


Question 5: Where (and when) does Kyle Turris end up?

Florida in December. He gets to move into the basement for Christmas.

Question 6: Will the inside look into Tortorella’s locker room force the NHL to shut down HBO’s “24/7?”

Certainly not, but you can only imagine how great that would be.

Question 7: Will the Washington Capitals be drafting the next great one? Okay, I use the term generously, but we’re talking Nail Yapukov here.

They’ll be in the lottery thanks to the Avalanche.

Question 11: Do the contracts of any of the new signees hold a candle to some of the already existing preposterous contracts?

So, am I missing any storylines? Things you’re (not) looking forward to?

Finally, I would like to sincerely apologize to all readers who have reached this point only to realize that I will not be cynically disparaging any team or player in this post. However, worry not; when the Ottawa Senators lose their season opener, the floodgates will re-open.

* Nowhere will you find a more amusing accumulation of utter idiots (e.g., responding to the Campoli trade, “NO WAY can you even compare Campoli to Markov! #1 top D-man vs a 6 or 8th D-Man. What the habs should have done was talk to the (and I hate to say this) Leafs and get finger or Komi back”).
Posted by Dirty Dangle at 1:31 PM
Email ThisBlogThis!Share to TwitterShare to FacebookShare to Pinterest