If You Are About To Make The NHL, Make Sure You Buy Your Family The NHL Centre Ice Package 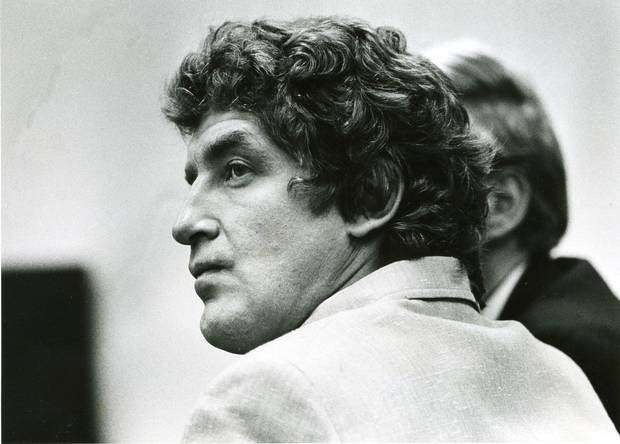 I can remember watching a movie about Brian "Spinner" Spencer titled Gross Misconduct years ago that discussed his up and down career and his eventual tragic death. Brian Spencer was almost a point-per-game player in the WHL when he was drafted 55th overall in the 1969 NHL Entry Draft by the Toronto Maple Leafs. He spent most of his first season with the Maple Leafs farm club in Tulsa racking up 186 penalty minutes. The following season he played 50 games for the Maple Leafs and that is when tragedy struck.

Spencer told his parents that he would be a second period guest during Hockey Night in Canada's broadcast of the Leafs game against the Chicago Blackhawks on December 12th, 1970. For any Canadian kid, this was huge. Family and friends would tune in across the country to watch you on Hockey Night in Canada and your parents couldn't be any prouder.

Unfortunately for the Spencer's, a game featuring the Vancouver Canucks and the California Golden Seals was aired instead of the Leafs/Hawks game in the B.C region. Infuriated, Roy Spencer drove over 2 hours to Prince George, where the closest CBC Television station was located. When he arrived he ordered them at gunpoint to broadcast the Leafs game instead. The station complied, but as Roy Spencer left the station he was confronted by the RCMP. After a brief stand-off, Roy Spencer was shot and killed at the age of 57.

The death of his father haunted Spencer throughout his 10 year playing career with stops in Long Island, Buffalo and Pittsburgh and even when he retired after a season in the AHL during the 1979-80 season. He played his best hockey in Buffalo and was a fan favourite for his hustle and hard hitting style of play that earned him recognition as a solid two-way player.

After retiring Spencer moved to Florida and submersed himself into a life of drugs and violence. He was living with escorts and living like a rock star, but in 1987 he was charged with kidnapping and murder and faced the death penalty. Spencer's friends and ex-teammates tried to help him by testifying as a character witnesses at his trial and it worked. The jury deliberated and ruled with a not guilty verdict in March 1988, and Brian Spencer vowed to change his life.

But just 3 months later in June of 1988, Spencer's life continued to spiral out of control. Spencer was back into the drug scene and was shot and killed at gunpoint during a robbery following a crack cocaine purchase. He was only 38 years old.

Brian "Spinner" Spencer hustled on and off the ice and left behind 2 ex-wives and 5 children in his tragic and out of control life.

Posted by Dirty Dangle at 2:27 PM
Email ThisBlogThis!Share to TwitterShare to FacebookShare to Pinterest