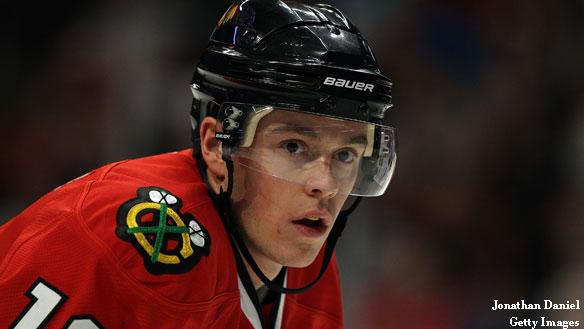 Well after a week of nothing, the streak is over just as quickly with a good return. If I think about all the young players in the NHL, I don’t think there is a player who is a more complete package than Jonathan Toews. When the game is on the line, I really couldn’t think of a centre I would want on the ice more than Toews. Crosby is an amazing player and certainly one of the best in the NHL, but Toews has the intangibles that I think are certainly of the “once in a decade” variety.

Toews is a very good regular season NHL player, there is no doubt about that. However, in the playoffs this kid is a gamer. He brings his game to a level that is almost unheard of. That was pretty evident in 2010 when he led the playoffs in assists and captured the Conn Smythe Trophy as playoff MVP. The only time he seems to play even better than this is when he is wearing the Maple Leaf (sorry Toronto, I mean the red one). I think by the end of this kid’s career, he is going to be a folk hero, I honestly do. The way he plays in international competitions is legendary. Just think back to ’07 World Juniors or even the most recent Olympics.

Looking at his resume this far in his career, it reads like a player who is going to be a first ballot Hall of Famer (and he is only 23 years old).

Here are some of his accomplishments:

Not only is he getting better each year, Toews is also a pretty funny guy for a player nicknamed “Captain Serious”. Here's a video of him and Patrick Kane playing NHL 11.

Enough love, on to the cards. I have several Toews cards in my collection and that includes a couple rookies. The best Toews rookie in my collection (so far) is his 07-08 UD Young Guns card: 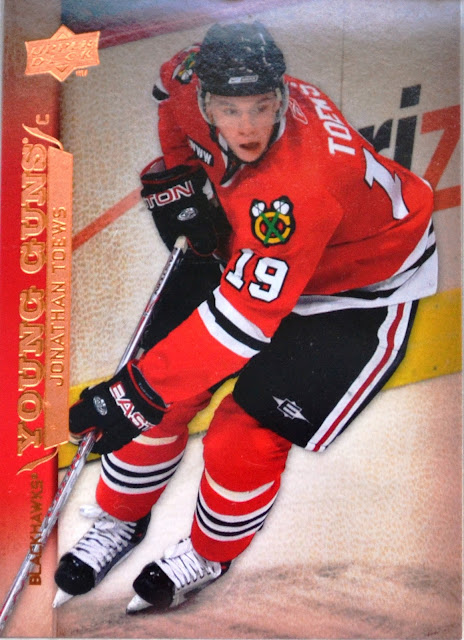 A nice card that is worth about 60 bucks. His most valuable rookie is from “The Cup” which is worth a staggering $1200. I don’t own it, but here is an example of what it looks like: 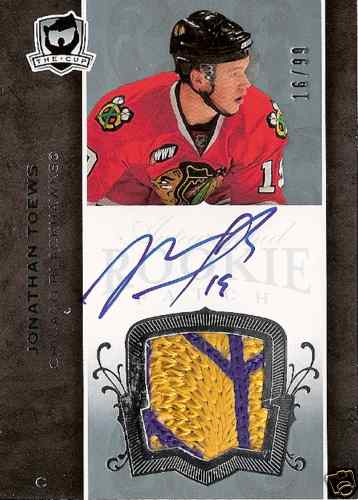 The other rookie I have of his is from the 07-08 UD Ovation which is only worth about $4, but a perfectly nice card to send on a trip to Chicago. 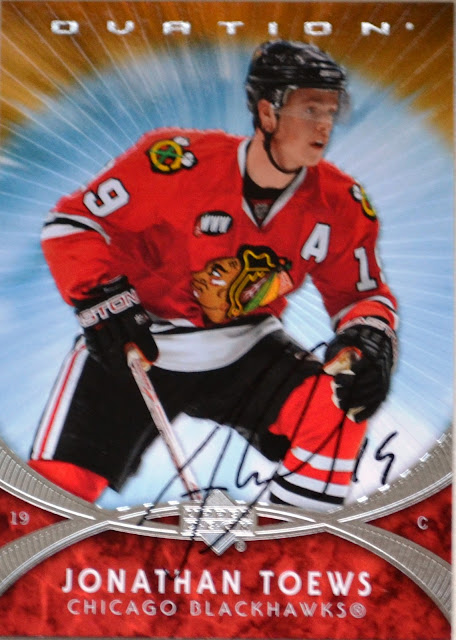 Toews was kind enough to sign it and send it back in a total of 2 months. The card is textured so it kind of makes the auto pop off the card a little.

So I hope this is a sign of things to come. I have a few requests out there to some younger players in the NHL and this could mean more are on their way, and that will sure make opening the mailbox fun!

Posted by Dirty Dangle at 12:42 PM
Email ThisBlogThis!Share to TwitterShare to FacebookShare to Pinterest