Around the League In 30 Teams

Our buddy Ben who is living out in B.C these days chasing West Coast tail sent this our way.
His thoughts on the 30 teams around the league as we take a night off to drink. 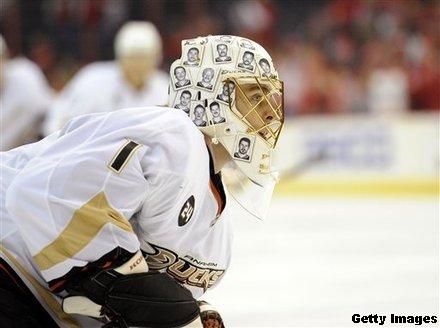 Anaheim Ducks: Cam Fowler is yet again a minus player, although a majority of the team falls in this category. Jonas Hiller has been Dr. Jekyll and Mr. Hyde early on, but you can’t hate on his moustache mask.

Boston Bruins: Coming off the hangover and looking to celebrate once again. With Lucic, Krejci and Seguin firing on all cylinders it’ll be interesting to see this team once anyone on the Bruins defence that falls under the too-short-for-the-NBA group gets their offensive game going.

Buffalo Sabres: Note to Ryan Miller, if you don’t want to be pissed off about playing time how about you play well when in it, like what's expected of you. Jhonas Enroth has filled in admirably for the Sabres.

Calgary Flames: Henrik Karlsson is looking like a great goalie however I can't help wonder why this team has yet to decide to rebuild. Their prospects are awful and they have a bunch of vets. When do you decide to hire a new scouting staff as you've yet to have a good draft pick since Dion Phaneuf.

Carolina Hurricanes: Eric Staal is a -16 with 5 points (Jiri Tlusty has more points than him). If Staal doesn't produce this team can’t succeed.

Chicago Blackhawks: Patrick Kane yet again impresses playing C, but Coach Q needs to find some linemates for Jonathan Toews as Stalberg and Brunette shouldn’t fit in with a 70 point player, maybe Frolik?

Colorado Avalanche: Matt Duchene is the top point producer after 4 good games this year. O’Reilly–Winnik–Landeskog is by far the best checking line Colorado has seen since Drury–Reinprecht–Yelle back in the day. Go Avs Go! (Ben is a huge Avs fan)

Columbus Blue Jackets: So the 2-win-Blue Jackets are gonna turn the team around by adding Letestu, because Johansen playing bottom 6 minutes can’t move up? Really Howsen? Trade away a draft pick for Letestu, rather than give Joho a chance in Top 6? The management is a joke.

Dallas Stars: Steve Ott plays with Jamie Benn and Loui Eriksson and was on pace for 60 points, Ryder slides in and has 7 points in 3 games. Was it really Brad Richards? Also, Sheldon Souray still has a cannon. 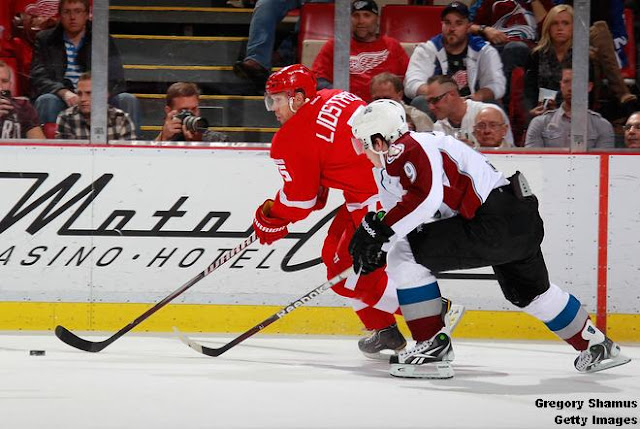 Detroit Red Wings: Lidstrom was leading the team in points up until Johan Franzen went full-Mule, as the Wings had us a little nervous there when they dropped 6 straight. We're still waiting for Mr. Zetterberg to show up however.

Edmonton Oilers: Wow, Nikolai Khabibulin one of the best goalies in the league? Also MPS has only 1 point in 13 games, maybe this team needs to re-work the top 6 and find a spot for MPS in there - his skills definitely deserve better help then Eric Belanger and Lennart Petrell.

Florida Panthers: Sad to see Markstrom go down to the AHL as he made watching Panthers game worthwhile. Tallon's summer spending spree is paying off nicely with a 8-4-3 record.

Los Angeles Kings: How bad do you feel for trading for Penner, Lombardi? Also why is Slava Voynov not a regular on their blue? Legit that kid can run a power play already.

Montreal Canadiens: P.K. Subban can you please give this team the spark it needs. It will be interesting to see the Habs D once Markov returns, cause it’s the worst part of the team now.

Minnesota Wild: This team has never been a scoring machine and Matt Cullen leads the team with 6 goals - that’s bad. Josh Harding is pushing Niklas Backstrom which could be a very dangerous thing for opponents.

Nashville Predators: How is Craig Smith not being discussed when it comes to the Calder Trophy? All I hear is Markstrom and RNH when Smith has been great for the Preds leading them in points with 7 goals and 7 assists.

New Jersey Devils: So many injuries down the middle have provided space for Adam Henrique with a top 6 spot. The potential shut down C has proven to be a good offensive force. 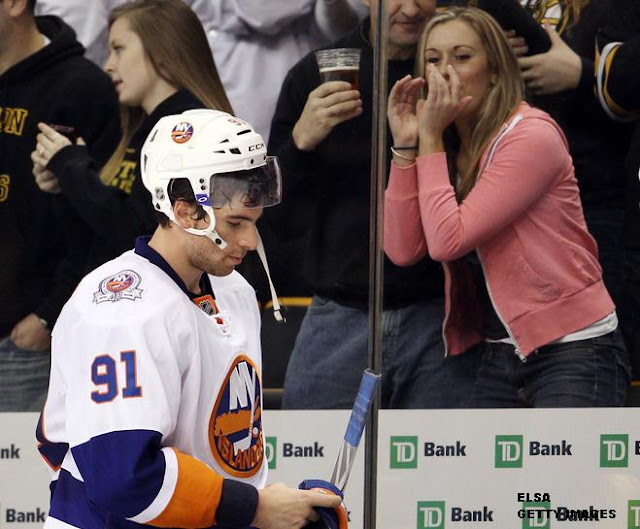 New York Islanders: John Tavares has scored all his 8 goals in 5 games - very inconsistent start for him so far. Grabner hasn’t played nearly as well as he did in his rookie year and will look to avoid the Sophomore Slump

New York Rangers: I always wondered why Artem Anisimov was getting 4th line minutes. However now he's playing with Stepan and Gaborik and is proving to be the top 6 player he had the potential to be.

Ottawa Senators: Sergei Gonchar is having a great bounce back year - the main reason? He’s playing the point on the powerplay he did for years instead of the opposite side he did for many years before.

Philadelphia Flyers: Claude Giroux is finally breaking out, the C depth that let them move Carter and Richards has now proved to be better. Jaromir Jagr is playing 10 years younger which helps.

Pheonix Coyotes: Mike Smith has returned to the form that got him traded to Tampa for Brad Richards (pretty much). OEL has had a few great games, but hasn’t played well other than that - he needs to step it up.

Pittsburgh Penguins: Can't wait to see Crosby return... whenever it is. 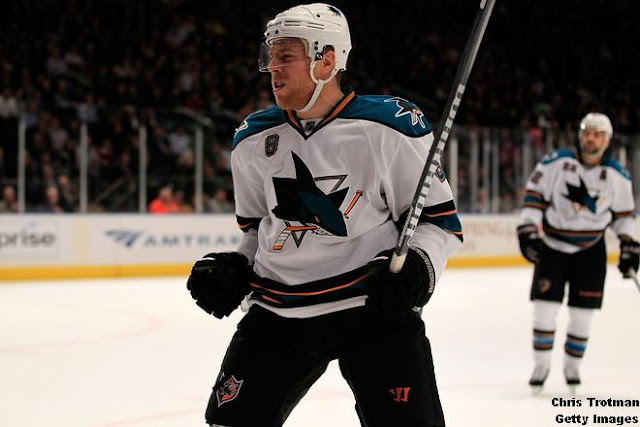 San Jose Sharks: Joe Pavelski is doing amazing playing with Marleau and Thornton. Took a while for Couture to get back into it, but he's doing great with Havlat and Clowe

St Louis Blues: Recently fired their coach and started playing their #1 goalie again. Lots of problems with the skilled players producing, will be interesting to see what Hitchcock can do.

Toronto Maple Leafs: This site covers them a lot, but they need Reimer back. It worries me that he’ll need to start so many games for this team to be in the playoffs.

Vancouver Canucks: Finding the net on their roadtrip with 9 goals in 2 games as they wrap up it up against the migrating Anaheim Ducks. Luongo has played very well lately, even posting 38 saves against the Blackhawks in Chicago.

Washington Capitals: Is Alex Ovechkin really pissed because the team isn’t dependent on him anymore? Clearly the guy has a big ego, put it aside and you’ll be one of the best players in the league and won’t be able to hear the people who say otherwise cause you'll have two Stanley Cup rings in your ears.

Winnipeg Jets: Oh the Jets, I would say why doesn’t Little ever produce, but he’s started to turn it around. Wheeler needs production as well, the supposed Top 6 guys are being outscored by Tanner Glass. Bogosian should never play over 30 minutes, play Postma more then 1:30 a night if you call him up to replace the injured D.

Posted by Dirty Dangle at 8:43 PM
Email ThisBlogThis!Share to TwitterShare to FacebookShare to Pinterest