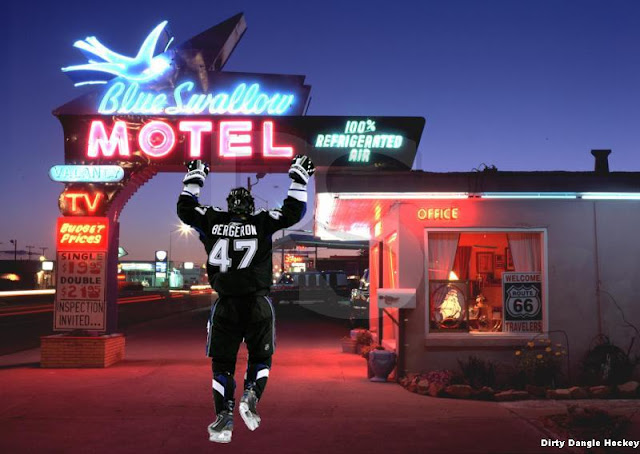 When you take a look at the top point getters who play defence you will notice Marc-André Bergeron near the top of that list. So far in 18 games he has scored 3 goals and has 14 assists for 17 points. Pretty solid production from the backend, and really good production considering he is signed for 2 seasons at just $1M a year.

The 31-year-old hasn't really found a home in the NHL since signing as an undrafted free agent with the Edmonton Oilers in 2001. In many ways Bergeron is like a booty call. NHL General Managers have never wanted to commit long term to Bergeron, but they like him for short periods of time. Just like a booty call, Bergeron only brings one thing to the table and that is offence, and boy do NHL GM's like that on a cold January night.

Bergeron is a power-play specialist that can fire the puck as shown during the Oilers skills competition in 2006 when he hit 103.5 on the radar. He can also make a great first pass out of the zone and has great offensive awareness. But the big problem with Bergeron is when he doesn't have the puck. At just 5'9" he has trouble with stronger forwards in front of the net and doesn't log many minutes in the defensive zone, but GM's always find a way to get more points out of him than his contract should dictate.

When you look at Bergeron's career stats you can see he has elite offensive abilities. In his last year of junior, Bergeron scored 42 goals and had 101 points in 69 games and won the QMJHL Emile "Butch" Bouchard Trophy for Best Defenceman as well as CHL Defenceman of the Year. Those look like Bobby Orr type numbers. His best season in the NHL so far was when he split time with the Oilers and Islanders during the 2006-07 season and scored 14 goals and put up 46 points in 78 games. Those kinds of numbers shouldn't have you sitting by the phone late at night waiting for a GM to call, but that has been the case for Bergeron.

"Booty Call" Bergeron has spent time with 6 NHL teams so far. He always seems to be "unsigned" and then quickly "signed" somewhere. Just like a booty call - you call, they always answer. We are guessing he will get to 10 teams by the time is career is all said and done and we are sure many of those NHL GM's will have smiles on their faces when he leaves their team. 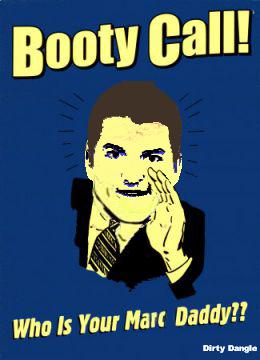 Posted by Dirty Dangle at 1:46 AM
Email ThisBlogThis!Share to TwitterShare to FacebookShare to Pinterest