Sieve Mason: Lost in the Woods 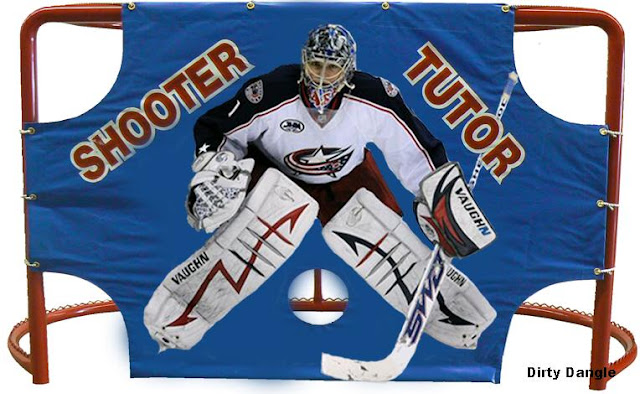 2 wins, 10 losses, 1 overtime loss. 3.70 GAA. .869 SV% - those are some depressing numbers right there. Steve Mason is consistently putting up some of the worst performances of his career and has glaring comparisons to a shooting sieve. While the play of the Columbus Blue Jackets can be blamed for their horrible start, it's not like Mason is giving them any help in the goaltending department. In 13 games this season, Mason has given up 3+ goals 10 times, and 4+ goals 7 times. Why his he still being started in games? They have no one else to fill in.
Columbus' first backup, Mark Dekanich, is out with a high ankle sprain and 2nd backup, Curtis Sanford, is also hurt with a groin injury. That leaves Allen York, as the Blue Jackets backup. Wait...Who? York made his first NHL appearance for the Blue Jackets in their first win of the season versus the Detroit Red Wings when he came in for 3 minutes while Mason had some repairs made. York played a few AHL games for Springfield near the end of the 2010-11 season, and was expected to battle for the Falcons starting position. So basically, Mason has nobody to challenge him. Without anyone pushing him or threatening his starting job, Mason is a real problem for Columbus.

Mason had his best year as a rookie in 2008-09, in which he took home the Calder Memorial Trophy and was a Vezina Trophy nominee. That year he had 33 wins and led the league in shutouts with 10. Mason had just come out of junior with a lot of hardware including the World Junior Championship MVP and pleased the Columbus crowd as the Blue Jackets made the playoffs for the first time in franchise history. After a so-so sophmore year, the Blue Jackets awarded Steve Mason with a 2 year contract extension worth $5.8 million and Scott Howson was quoted as saying:

"He is an important member of our team and we're excited that he will continue to be a significant contributor to our hockey club in the future."

The way Mason is playing, does he still have a future in Columbus?
Posted by Dirty Dangle at 1:22 AM
Email ThisBlogThis!Share to TwitterShare to FacebookShare to Pinterest