What Should We Expect From Sidney Crosby? 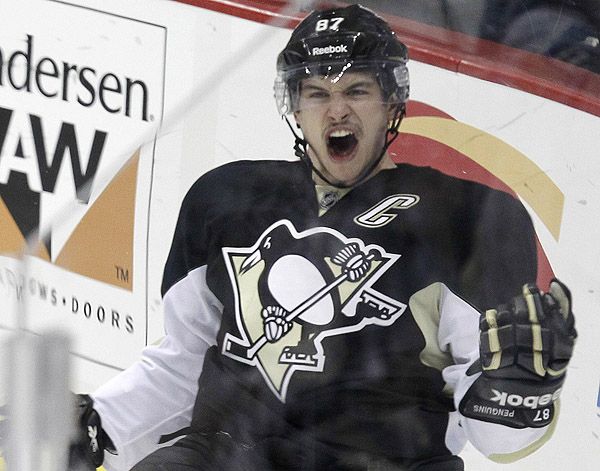 We guess it's mandatory that we write up something about Sid the Kid. Watching him light it up last night was pretty special, there was just that feeling that he would step up and deliver and boy did he (really glad I took him in my weekly pool). Notching 2 goals and 2 assists after not playing a game for almost a year is pretty amazing, even if it did come against a brutal Islanders team.

Before Crosby was injured he was on an absolute tear and many people in the hockey world were saying he had taken the next step and was now playing on a different level than anyone else. It wasn’t Crosby and Ovechkin as the top dogs in the NHL - it was Crosby was the best player in the NHL hands down.

In just 41 games last year, Crosby scored 31 goals and had 66 points and was on pace to scoring 62 goals and over 130 points. No player had been on that type of pace since the 1990's when the game was much different. Crosby's start was so incredible he set a record for fewest games played by a teams point leader and his 32 goals held up for a 14th place tie amongst league leaders.

Crosby last played a game on January 5th and in those 320 days between games he missed 61 regular season games and 7 playoff games. So with Crosby back now and assuming he has no setbacks or other injuries, what can we expect from Crosby in his remaining 61 games?

I will go out on a limb and say he won't be scoring 2 goals and 4 points every game for a 248 point pace. But there is a pretty good chance he will average closer to 1.5 points a game. If he does, we could be looking at Crosby putting up 93 points this year. Will that be good enough to lead the league in points? Who knows, but he could make things pretty interesting down the stretch.

What do you think Crosby's final goal and point totals will be?

Posted by Dirty Dangle at 11:46 AM
Email ThisBlogThis!Share to TwitterShare to FacebookShare to Pinterest