30 Teams: Players To Watch For In The World Juniors

Our buddy Ben who is living out in B.C these days chasing West Coast tail sent this our way.
You might agree with Ben, but if not and you feel the urge to chirp him, shoot him an email 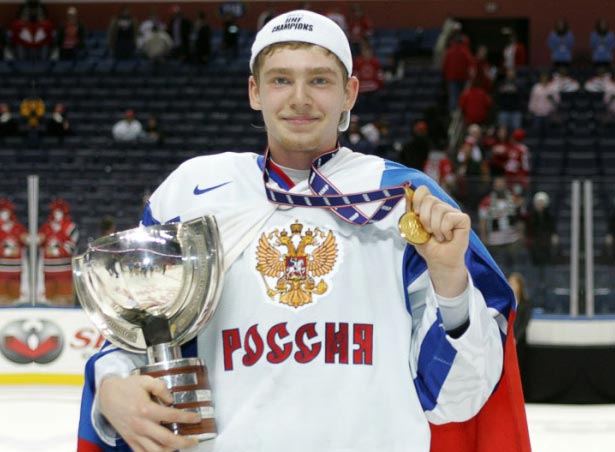 Anaheim Ducks: American Emerson Etem, almost reached his rookie totals (4 points away) in less than half the games. Drafted 29th overall in 2010, Emerson should be a force for Team USA. Will also be happy not to be staying in Buffalo these holidays.

Boston Bruins: It might be hard for Leafs fans to cheer for a Bruins player from the Phil Kessel trade. But look for Canadian D-man Dougie Hamiltion to be one of the top players at this tournament.

Buffalo Sabres: Finish player Joel Armia is a huge power forward that could potentially dominate this tournament. Taken 16th overall in 2011, the Sabres haven't had a player with this offensive upside since Tomas Vanek.

Calgary Flames: Bill Arnold was drafted in the 4th round in 2010. The American has 20 points (same total as last year) in 18 games (compared to 39 last year). Look for him to chip in some points for red, white and blue.

Carolina Hurricanes: Unfortunately Justin Faulk will not be released for the Americans. Look for Sweden's Victor Rask to put up some points this tournament as he has 16 goals this season playing for the Calgary Hitmen of the WHL.

Chicago Blackhawks: Ludvig Rensfeldt, thought this guy would tear up the OHL with Sarnia this year but hasn’t done that great only putting up 22 points in 29 games. Maybe this tournament will wake him up. He has great size and could put up some points around the net if he uses to his advantage.

Colorado Avalanche: Sami Aittokallio is 19 and starting in the Finnish Elite League, the former 4th round pick didn’t come over to the camp this year but should make an impact soon and be a potential starting goalie.

Columbus Blue Jackets: Drafted 37th overall last June, Boone Jenner is easily the guy to watch for Columbus fans, he was a steal in the second round for the Blue Jackets. Jenner will be an energy guy and will probably be a fan favourite of the home crowd with his hits. 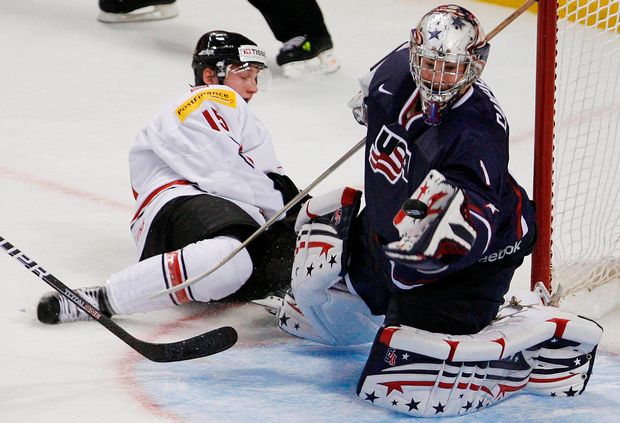 Dallas Stars: If the USA is going to win  in 2 weeks, Jack Campbell will be one of the main reasons. Selected 11th overall back in 2010, Campbell will be one goalie to watch this tournament, although he does have some pressure from the backup position with John Gibson having a strong camp. If Campbell is on, the States are a serious contender.

Detroit Red Wings: If Slovakia is scoring goals this tournament, there is a good chance Tomas Jurco will be in on it. Taken 35th overall last June, the Red Wings might have found another great prospect in Jurco as already has 45 points in 30 games with the Saint John Sea Dogs and will be a leader on the Slovak team.

Edmonton Oilers: Lots of potential D for the Oilers including David Musil and Martin Marnicin, but towering Swedish defender Oskar Klefbom is the guy to watch. He will play heavy minutes for the Swedes in the top pairing and make the Swedish PP very scary to watch.

Florida Panthers: You could watch Canada's Jonathan Hurbedeau or Quinton Howden, everyone will and they should do well. But if you’re a diehard Panthers fan *chuckles*, one player out there to watch is Joonas Donskoi of Finland, potential captain material. A strong two-way forward, Donskoi will be looking to improve on his 6 points in 6 games at the 2011 WJC.

Los Angeles Kings: Christopher Gibson drafted 49th overall last June. Gibson will compete to be the starter in goal for Finland and could have a standout tournament if he earns it (as most Finnish goalies do).

Montreal Canadiens: Team Canada has 3 Habs prospects participating this tournament: Brendan Gallagher, Nathan Beaulieu, and Michael Bournival . Gallagher, the one player Don Hay has coached before, should get ice time in Canada’s top 6 and that should give this diminutive forward a strong tourney.

Minnesota Wild: Drafted 9th overall in 2010, Mikael Granlund without a doubt should be one of the better players in this tournament Playing in his 3rd WJC (missed it as an 18-year-old due to a concussion) he will suit up for Finland with his younger brother Markus, and will be looking to top his IIHF World Championship Backhand Scoop Goal that earned him a stamp in Finland. 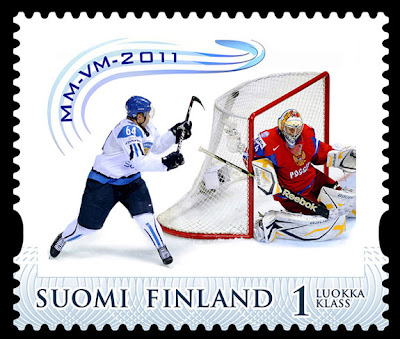 Nashville Predators: American Austin Watson is the perfect Predator. Capable of being a 1st liner and a 4th liner Watson will be an interesting guy to watch with his strong two-way game.

New Jersey Devils: Scott Wedgewood, backing up for Canada to start the tournament. Wedgewood has been great in big games and a tournament like this could show that he is the future in net for the Devils if Visentin falters.

New York Islanders: Ryan Strome, the 5th overall pick in 2011 needs a big tournament after a somewhat slow start to the season with the Niagara Ice Dogs in the OHL. Look for him to be a big offensive guy and have some fun against the weaker teams with his stick skills.

New York Rangers: Drafted 15th overall last June, J.T. Miller could potentially be one of the better offensive players for the Americans. Over a point-per-game playing with the Plymouth Whalers of the OHL, Miller will also showcase his defensive game this tourney.

Ottawa Senators: Taken 6th overall last June, centre Mika Zibanejad will be one of many exciting players on Team Sweden this tournament. After being sent back to his club in Sweden from Ottawa he'll be looking to impress them at this tournament. If not, he'll have a long summer thinking about it. 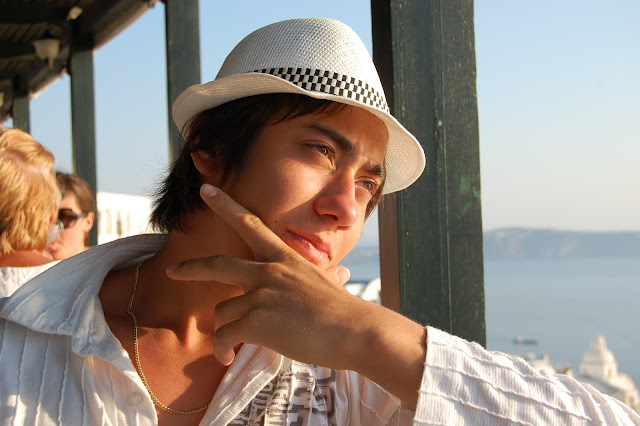 Philadelphia Flyers: With Sean Couturier sticking with the Flyers, there is just nobody to really watch this year. You guys can watch the Winter Classic.

Phoenix Coyotes: Drafted 13th overall in 2010, Brandon Gormley will be an important part of Team Canada this year. Gormley will be a core member for the Canada D, and should be able to put up some points with his rocket shot and puck vision. Phoenix is stacked with some great young defensive prospects.

Pittsburgh Penguins: Dominik Uher, one of the top offensive players for the Czech’s was a 5th round pick last June and looks like a potential steal as he will be wearing an 'A' for the Czech's this tourney. Like most Czech players, he could have a breakout tourney.

San Jose Sharks: The Sharks prospect list isn't the deepest we have seen, but forward Freddie Hamilton should be a solid player to watch on Team Canada this tournament. He'll have a depth role, but should contribute offensively.

St Louis Blues: Team Canada captain, Jaden Schwartz, will be one of the go-to-guys this tournament. Drafted 14th overall in 2010, Schwartz could crack the Blues roster next season (and hopefully take a new picture with the club). 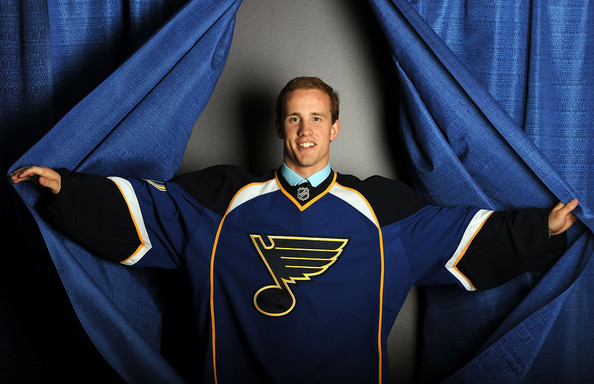 Tampa Bay Lightning: Thank you Steve Yzerman for loaning Brett Connolly to Team Canada. Connolly taken 6th overall back in 2010 will be an offensive force this tournament and lead with his NHL experience.

Toronto Maple Leafs: There are no notable Maple Leaf prospects playing in this tournament. With the majority of their prospects over 20 and this years first rounders Tyler Biggs and Stuart Percy not making their countries teams, Leaf fans don't have much to watch, unless you want to torture yourself with Dougie Hamilton.

Vancouver Canucks: Nicklas Jensen is one of shining stars for Denmark. It will be interesting to see how the 29th overall pick from last June does with little help around him. Could have a big tournament and keep Denmark from getting sent down to Division 1.

Washington Capitals: Evgeny Kuznetsov taken 26th overall in 2010, will Captain a very offence-heavy Team Russia. Kuzenstov is more of a playmaker and Caps fans will be seeing him feeding passes to Ovechkin in the near future, but for now, Nail Yakupov will have to do.

Winnipeg Jets: Taken 7th overall in the June draft, Mark Scheifele will be seeing a lot of playing time centering Team Canada's top line. After starting the NHL season with the Jets, Scheifele will now get a chance to play for GOLD against his peers.

Posted by Dirty Dangle at 1:20 AM
Email ThisBlogThis!Share to TwitterShare to FacebookShare to Pinterest