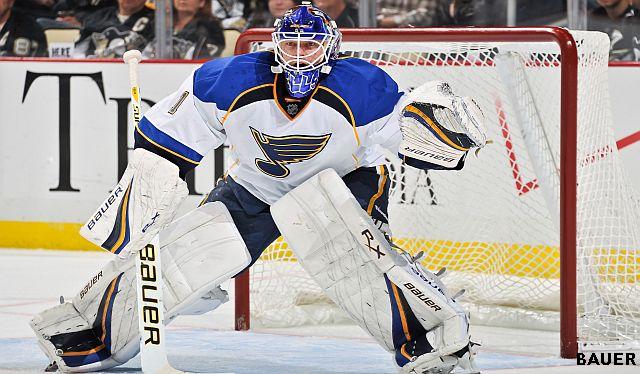 After seeing how Brian Elliott played last season after being traded to the Colorado Avalanche I wondered if he was going to get another shot in the NHL. He looked horrible and reminded me of the Vesa Toskala days in Toronto. In the 12 games he played with the Avalanche he let in 44 goals with a GAA of 3.83 and an ugly save percentage of .891. So far this year in 18 games he has only allowed 30 goals and leads the league with a sparkling GAA of 1.63. He is also among the league leaders in save percentage with .940 which ranks him 2nd behind Tim Thomas and his 4 shutouts have him tied for the league lead.

Last July, when Brian Elliott signed a one year contract worth $600k with the St. Louis Blues many people thought he would be an average back up to Jaroslav Halak and maybe get into 15 to 20 games tops. With Blues prospect Jake Allen still needing another season in the AHL, and their other farm team option Ben Bishop not looking like he was ready for NHL back up duties, Elliott was a cheap option off the Wal-Mart clearance shelf.
At the start of the season, Halak struggled and Elliott was able to string together some wins and get some well-deserved playing time. The Blue fired their coach, Davis Payne, after only 13 games into the season with the team sporting a 6-7 record. Halak was 1-6 in that stretch and Elliott had a 5-1 record.

New Blues coach, Ken Hitchcock, has both goalies playing well now, as Halak has picked it up of late and the Blues have only lost 4 games in regulation so far with Hitchcock behind the bench. The Blues are sitting 5th in the West with 21 wins, 11 losses and 4 overtime losses. Quite the turnaround for the Blues, but also one hell of a turnaround for Brian Elliott who is looking like the steal of free agency.

Posted by Dirty Dangle at 12:32 PM
Email ThisBlogThis!Share to TwitterShare to FacebookShare to Pinterest