Hey Mikhail Grabovski, It's O.K. To Have An Off Year 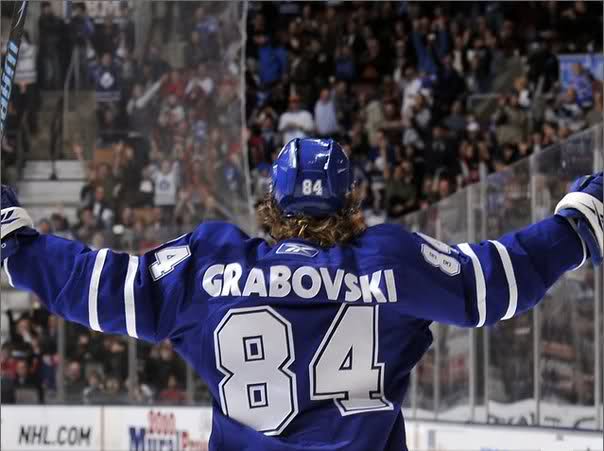 A few weeks ago, Mike Brophy wrote an article about Mikhail Grabovski and what sort of pay day he should be expecting this summer when he becomes a UFA. Yes, it seems the Leafs will try their best to lock him up as he could be considered the top centre on the team right now, but there will be some interest out there from other teams if he doesn't re-sign with the Maple Leafs before July 1st.

Last season Grabovski had a career year scoring 29 goals and 58 points in 81 games. He was also a +14 and proved to everyone how tough he was after getting rocked by Zdeno Chara twice, but coming right back and scored the game winner for a win against the Boston Bruins in what seemed forever.

So far, Grabovski is on pace for 43 points and that is with a knee injury that put him out 5 games and slow start from Nikolai Kulemin. If he heats up, Grabovski could end up being a 30 goal guy in the 65-70 point range. Those type of players don't come cheap on the free agent market.

Tomas Plekanec of the Montreal Canadiens turned a 25 goal season and 70 points into a $25M-5 year contract and Mike Riberio did the same with the Dallas Stars. Is Mikhail Grabovski a $5M a year player? Compared to those players he would be in that price range and if you can give Tim Connolly $4.75M a season, Mikhail Grabovski is definitely a $5M a year guy.

As a Maple Leafs fan this got me thinking a little - and this might sound crazy - but I actually hope that Grabovski has an off year to help the Maple Leafs save some cap space and to resign him to a cheaper deal. I don't mean for him to be brutal and not help the team get into the playoffs. But what if he scored 23 goals and tossed up 50 points? He still plays great in his own end and is relentless with his forechecking. Yes ,Grabovski point totals wouldn't be as pretty, but with more depth added to the Maple Leafs line up, guys like Matthew Lombardi, Matt Frattin and Tyler Bozak could help chip in the extra goals.

How much could that small point slip save the Maple leafs? Could he re-sign for closer to $4M a season instead of $5M? Here are some helpful pointers for Grabovski to help keep his point total down so the Leafs can re-sign him at a discount price.