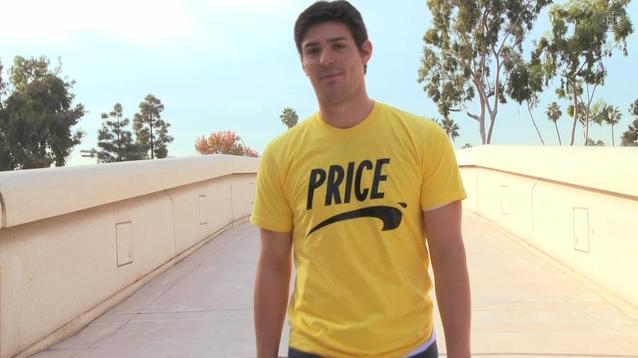 It's that time of year again when teams and players combine to make jerky All-Star Game campaigns in which they push for your vote to get them into the NHL All-Star Game. They range from hilarious attack ads to this recent video featuring Carey Price. The description of the video reads: "Carey Price draws inspiration from Jean Dujardin's classic French flick Brice de Nice for his 2012 All-Star campaign.", but we still have no idea what is going on.

We anticipate more of these campaigns from around the NHL, and look forward to some gems, but we have some ideas of our own for those players looking for an extra push to get into the Fantasy Draft:
Posted by Dirty Dangle at 12:54 AM
Email ThisBlogThis!Share to TwitterShare to FacebookShare to Pinterest