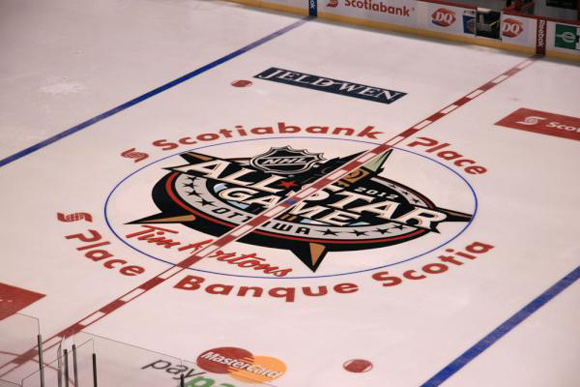 I try and not let the All-Star Game get the better of my emotions as it is all meant to be in good fun and a celebration of hockey. I find it best to enter the entire weekend with low expectations and build from there and it usually makes for a pretty solid weekend of events for me. However, it appears as though many care deeply about the game as groans of complaints rolled out following the announcement of the All-Star Game rosters last week. Snubs, undeserving selections, fan voting - there will always be something to complain about when it comes to the All-Star Game roster. Here are some of the more common ones.

How did ______________ not make the All-Star Game?
One of the most common complaints - the snubs. In reality, there may be 50-60 All-Star worthy candidates each season. In your reality, that list is probably cut in half and made up of players from your NHL team or your favourite players. They all can't make it, so be happy for those that made it and relax for the weekend without worrying about your teams playoff hopes.

Every team should have a representative in the main ASG game, not just the Rookie Game.
This is where you get the biggest snubs occurring when undeserving players are put in because a team needs to be represented, and having the rookies picked is a great way to rectify these situations. One argument I saw was that Rick Nash and Eric Staal should have been in the main rather than have Justin Faulk and Ryan Johansen represent their NHL clubs. Both players are struggling and not having All-Star seasons - maybe if they were golfing though (combined -41) - and in no way deserve to be in Ottawa. Having rookies involved is a great way to include those rebuilding teams that don't have a perennial all-star yet, but will soon - don't ruin the kids weekends by saying they shouldn't be there.

I can't understand how [insert aging veteran] didn't make the team. (See Teemu Selanne and Nick Lidstrom)
It was nice of the NHL this year to ask these wiley vets if they wanted to go this year, rather than pick them and have them half-heartedly go or not show up and be suspended for a game. Sure that aging veteran deserves to go and it would be a great story, but give them a weekend of a rest. They've paid their dues and it's time to pass the torch.

This is why fans shouldn't vote.
This is the same conservation every year. Fans stuff ballots with players from their teams. Some teams have bigger fanbases than others or may care more about the All-Star Game than another because they're hosting it. While fan participation is a must at the All-Star Game weekend, the reality is that nobody will ever be happy with how the starting All-Star's actually look. So why not nix the fan ballot stuffing and have them vote for something more interactive like who will compete in what skills competitions? Fans could pick who they want to see in the fastest skater or accuracy events, which would probably be more meaningful for them.

____________ has more goals and points than ___________ and didn't make it?
Points alone shouldn't determine an All-Star. There are so many factors to take in to account that inflate points that they should barely be considered for arguing this event. Second assists, empty net goals, and games played make point totals greater than they are. Sure they are points, but point totals don't tell it all.

While it may not be the superstar crop of NHLers you might have wanted, it will still be a double digit scoring game, so enjoy!
Posted by Dirty Dangle at 1:02 AM
Email ThisBlogThis!Share to TwitterShare to FacebookShare to Pinterest