Talking Hockey On A Road Trip 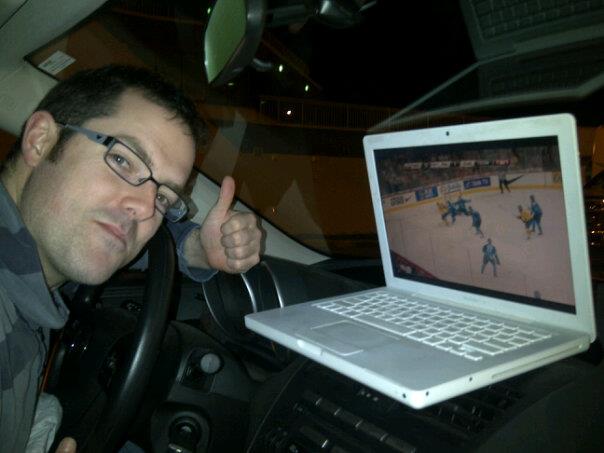 I recently went on an East Coast road trip from Toronto to St. John’s on Dirty Dangle business. This trip involved traveling through five provinces and an all-night ferry, which included watching Canada lose to Russia while crossing the Gulf of St. Lawrence. I couldn’t imagine doing this road trip with a girlfriend because I would have run out of things to talk about before leaving the city. Luckily, I was with my buddy and for ninety percent of the trip we talked about hockey or as we say, “talked shop.” The other ten percent was about the horrible drivers in Québec, Nova Scotian “hotties,” and the Newfoundland blizzard that left us stranded in an all-night diner. Here are some of the games we play and topics we discussed on the road. (Note: Free Wi-Fi at McDonald’s is great for verifying those tough questions. For example, was Tim Kerr a four-time fifty goal scorer? Yes he was!)

Here are some fun games and topics you can play and discuss while on the road:

Posted by Dirty Dangle at 12:19 AM
Email ThisBlogThis!Share to TwitterShare to FacebookShare to Pinterest