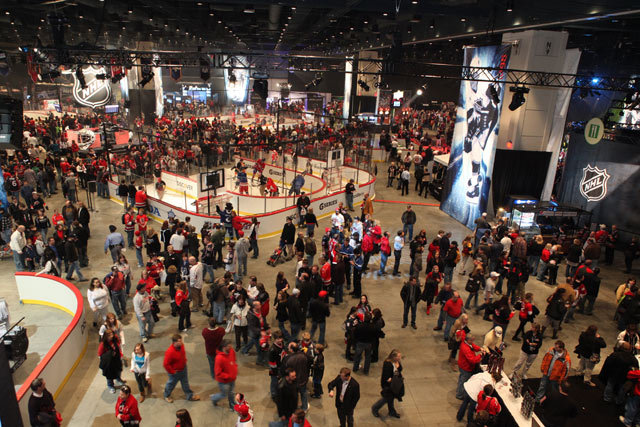 One of the great things about the NHL All-Star Game is the Fan Fair that takes place. Full of interactive games and exhibits, it gives the fans a chance to participate and experience some of the fun surrounding the All-Star Game weekend. There are the typical events you'll find: test your accuracy with the Bridgestone Shootout, Create Your Own Hockey Trading Card presented by Upper Deck, and the always classic Bubble Hockey at the Molson Canadian Hockey House. However, if you find yourself bored with these same old interactive attractions, there are some fun underground events in the basement of the Ottawa Convention Centre.

Here are some of the underground attractions and events this year you won't want to miss: 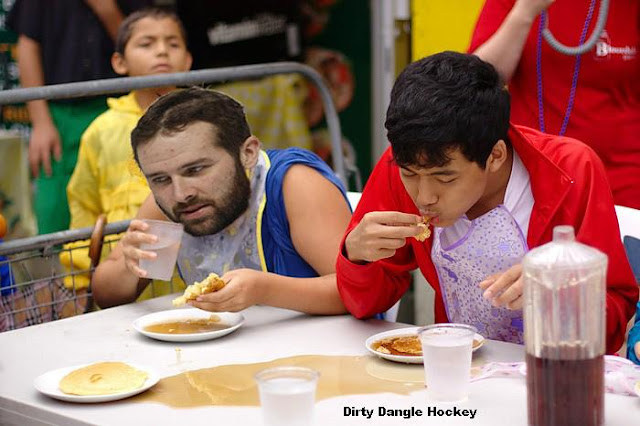 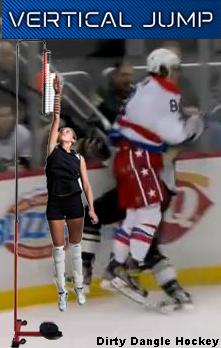 Create Your Own Hockey Trading Card presented by the 1990's Upper Deck Be-A-Player Series
Famous for their classic hockey cards in the early nineties, you too can create your very own 1990s Upper Deck hockey card with some of the props used in their Be-A-Player photoshoots. Sit on a chair backwards, sit on a motorcycle, and cuddle dogs - all things that have nothing to do with hockey.

"Keslurk" Ryan Kesler
Ryan Kesler will be doing an interview in this exhibit for 5 straight hours. Feel free to walk by and poke your head in the picture to photobomb the best lurker in the NHL! 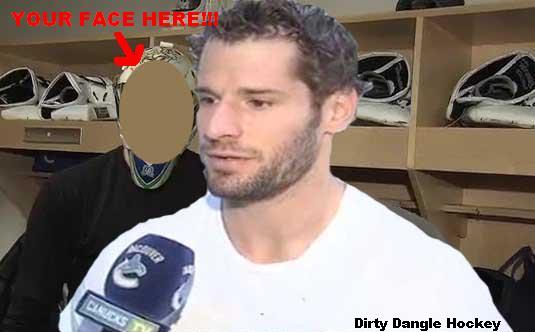 Do You Have A Concussion?
NHL Doctors will administer you an ImPACT concussion test and other neurophysical tests to measure your cognitive function. See if you are a Sidney Crosby Ferrari! 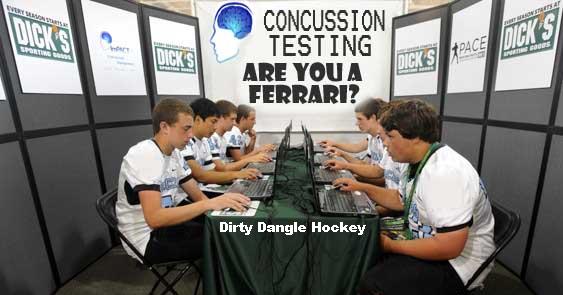 Blackjack With Jaromir Jagr
Play the popular casino game with one of the NHL's all-time greats dealing to you! Other rotating dealers will include Janet Gretzky and Rick Tocchet. 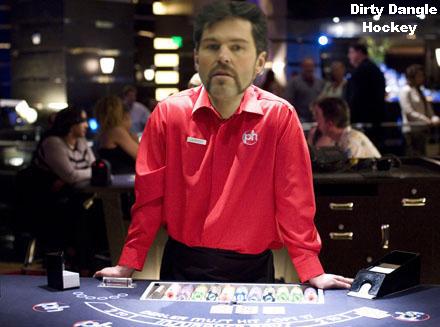 "Are you sure you want to hit?" 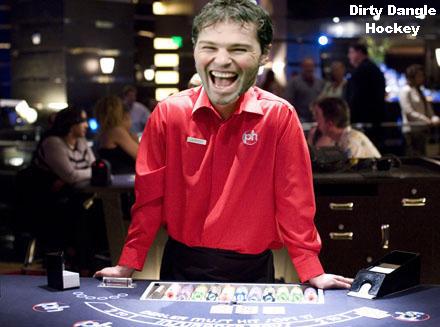 "Haha! BUST! Debt with Caesar is off like handlebars!"
Posted by Dirty Dangle at 12:18 AM
Email ThisBlogThis!Share to TwitterShare to FacebookShare to Pinterest