What Would Be In A 2012 Maple Leafs Time Capsule?

Last week Ryerson University and Loblaws, the new owners of Maple Leaf Gardens, opened up a Time Capsule that was buried in the hockey shrine back in 1931. Inside were some newspapers, a red ensign flag, a rule book, a Gardens stock prospectus, and a tiny ivory elephant. So basically nothing awesome.

This got me thinking, What if the Leafs buried something now at the Air Canada Centre. What would they leave behind in a time capsule now to show future generations of Leafs fans what things were like back in 2012? Here are some ideas of what we think they should bury in a time capsule now (most likely in a Rogers cable box): 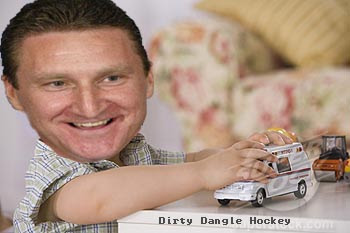