NHL Free Agents Are Expensive Lap Dances: How Are The Strippers Doing This Season?

Following free agency we compared the NHL free agent signings to the types of girls you might meet at a gentleman's club. NHL GM's were spending cash like crazy as if it were there first time visiting a rippers, and now it's time to see if they're regretting making it rain on their free agent signings last summer. Let's revisit the strip club and see how the signings are working out:

Andrei Markov a.k.a. The Old, Bleached-Blonde Stripper Who Only Works One Night A Week

Markov hasn't played a game this season, but has earned pretty good coin from his 3 year, $17.25M contract. The Canadiens have two more years of paying him $5.75M a season and as a Leaf fan this makes me smile. While Markov hasn't had the greatest luck in recent years, the Habs took a risk on him and are feeling it as they're powerplay ranks 29th and they sit outside the Eastern Conference playoffs.

Verdict: Was supposed to be on the main stage five songs ago, but never showed up to dance

Christian Ehrhoff a.k.a. The German Stripper Who Dances To Rammstein's Du Hast And Intimidates You Into Overpaying

Ehrhoff has missed 11 games this year with injury, but still hasn't had the impact on the blueline that the Sabres were hoping for. On pace for 33 points this year and a steep dropoff in powerplay production with only 12 man advantage points projected, Ehrhoff is making $10M this year and $8M next season on his Terry Pegula frontloaded contract.

Verdict: We would compare this deal to getting swindled into paying for extra songs

Ville Leino a.k.a. The Stripper With Way Too Much Glitter On Her Face

Leino got paid big at 6 years, $27M last July despite only have 73 career points and has spent most of his money getting fat on chicken wings from the Anchor Bar. Making $6M this year, Leino is on pace for 6 goals and 23 points. He is playing so badly that Scott Gomez is only 3 goals behind him right now.

Verdict: Don't ever go to a strip club in Buffalo

Jaromir Jagr a.k.a The Stripper Who Only Gets Naked To Pay Off Gambling Debts 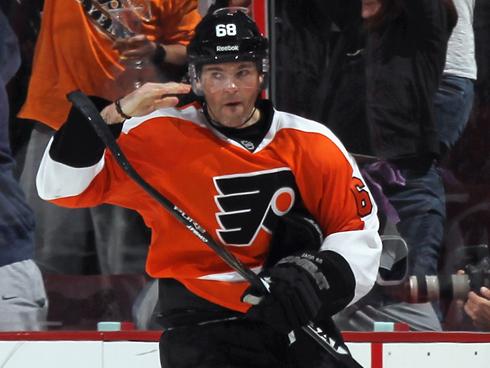 The big Czech is talented enough that he could always put up points, but I don't think many of us thought that the soon to be 40-year-old would be on pace for 60 points in 73 games. Jagr is having a great year and has benefited from playing with Flyers superstar, Claude Giroux.

Verdict: When you hear a stripper is a legend, always take a chance on them

Tim Connolly a.k.a The Stripper Who Falls Off The Stage During Her Performance

Connolly is being paid to be a number one centre and was brought in to play with Kessel and Lupul on the first line at 4.75M a year. To no surprise he was injured early on and still hasn’t been able to steal that spot from Tyler Bozak. Connolly currently centres the 3rd line and is on pace for 39 points in 69 games if he can remain healthy.

Verdict: Paying full price for a girl that doesn’t take her top off

James Wisniewski a.k.a The Stripper That's Just A Tad Overweight With The Bad Tattoos

Wisniewski is very well paid at 6 years, $32.5M to basically be a 4th forward on the ice. He's battled suspensions and a broken ankle , but is still having a solid year offensively with 19 points in 30 games. The problem with Wisniewski is when he doesn't have the puck in his own end: he is sporting a bone chilling -17... in just 30 games played.

Verdict: Great personality at the bar, but you don't want her in the back room

Ilya Bryzgalov a.k.a The Russian Stripper With The Smoking Hot Body, But Bad Face 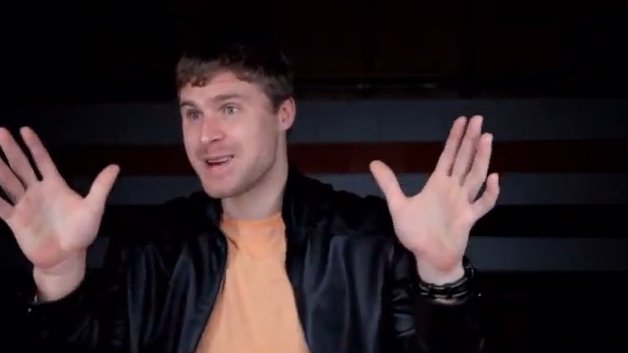 Bryzgalov has been lost in the woods this season with a big sack of money in his backpack. His front loaded deal has him making a humongous big $10M this season and he has rewarded the Flyers with a .900 save percentage and 2.78 GAA. Backup goalie Sergei Bobrovsky has better numbers this year and it wouldn't be a shock if he starts for them in the playoffs.

Dale Tallon's Drinking Binge a.k.a The 5 Strippers That Come With A Bucket Of Beer

Dale Tallon spent like a redneck winning the lottery and so far it has worked out. The Panthers are in the playoff picture and surprising many this season. Having plenty of capspace to work with, Tallon was able to completely change the look of his team into a winner (and overtime/shootout loser).

Verdict: If you spend that much money in the champagne room, you better get something out of it

Posted by Dirty Dangle at 12:52 AM
Email ThisBlogThis!Share to TwitterShare to FacebookShare to Pinterest