Vincent Lecavalier Should Be A Hab, Not A Has-Been 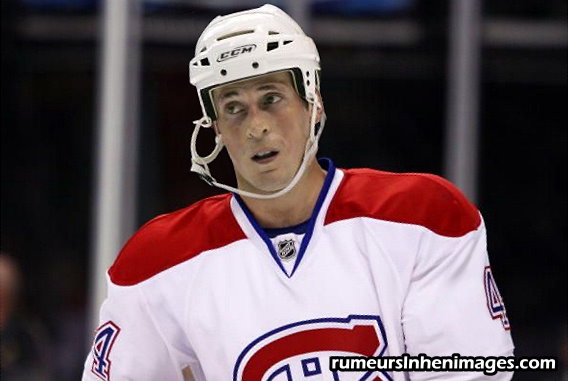 With all this Rick Nash trade talk going on, we think it's time for another NHL captain who has only played in one city to move on. We think it's time Vincent Lecavalier becomes part of the Montreal Canadiens. It's a rumour that has been around for years and peaked in 2009 when there seemed to be a deal in place, but Lecavalier remains in Tampa Bay. Vinny has said he is happy playing in Tampa and he always seems to be one of the most tanned hockey players so he obviously enjoys the warm weather, but we think it's time he came home.

Lecavalier who is still a great hockey player - but not as dominant as in the past - will be 32 in April and is locked up long term until 2020. With a cap hit of just over $7.7M a season and 8 more seasons to go on his contract, you have to think Steve Yzerman and the Tampa Bay management have at least thought of how great it would be to move him. Freeing up that kind of money on an aging player would be great for the future of the organization, and they might as well deal with Montreal while Pierre Gauthier is at the helm.

Injuries seemed to have slowed up Lecavalier and he is definitely not the same player he was when he scored 52 goals and won the Rocket Richard trophy back in 2007. He is on pace for 31 goals and 66 points this season, which is solid for most players, but for a player making $7.7M a season with 8 more years left, not so much.

There would still be a few teams out there willing to see if Lecavalier could get back to his over a point a game form, but his contract would also scare away many possible suitors, but not Montreal. Heading back to his home province could give him the kick he needs to rejuvenate his career and satisfy the legion of Habs fans. And as mentioned before, this is a move that Pierre Gauthier would most likely make,although probably not during a game his team is playing in.

The Montreal Canadiens are used to having bad contracts on their team and once they find a way to move Scott Gomez (or buy him out) they would have plenty of room for Lecavalier. Plus this is Vincent Lecavalier - a French hockey god - the city would love him and wouldn't care that he was overpaid because he's Vinny.

With Steven Stamkos the big young star in Tampa these days the Lightning should look to move out Lecavalier and his monstrous contract and start building a solid team of younger players. They need to look at the fact that Martin St. Louis is on the decline and can't play forever, and the biggest problem the team needs to address is the fact they don’t have a goalie who can stop a puck. This team is not going to contend anytime soon so why not reshape the team and let Stamkos lead.

There is a slight hinge to any deal regarding Lecavalier as he does have a No Movement Clause in his contract and would have to approve any trade. So it will all come down to if he is happy playing out his career in the sunbelt for a team that is hit or miss for the playoffs or move to a great hockey city and be tossed back into the spotlight.

My heart wants to see Lecavalier in Montreal, but my beer gut tells me he will continue to be the highest paid 2nd line centre in the NHL and continue wearing flip flops to practice for the next 8 years in Tampa.

Posted by Dirty Dangle at 12:23 AM
Email ThisBlogThis!Share to TwitterShare to FacebookShare to Pinterest