Fun In The Sun During The NHL GM Meetings

With the GM Meetings in Boca Raton where the 30 custodians of the game sit down to discuss rule changes about safety and scoring more goals, you can expect the GM's to take advantage of the warm weather and hit the beach when possible. Well luckily, I had a stopover in Palm Beach County on my way to Cuba for the Fantasy Hockey GM Meetings and managed to snap some pictures of the the guys having some fun in the sun. Take a look! 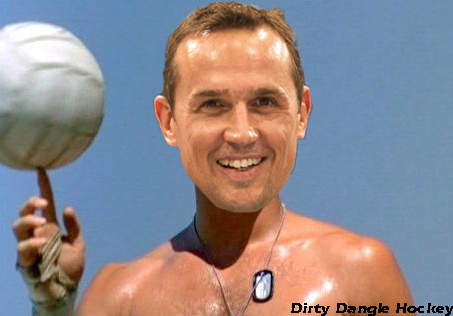 Steve Yzerman was absolutely dominant on the beach volleyball court, while Lou Lamoriello, Brian Burke and Bryan Murray decided to build a sandcastle together. Both Lamoriello and Burke were impressed with Murray's ability to create a moat for their sandcastle in mid-conversation. 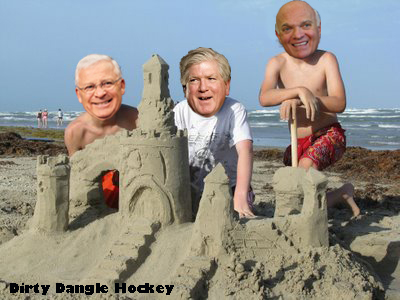 Dale Tallon took the time to go sightseeing on the beach. 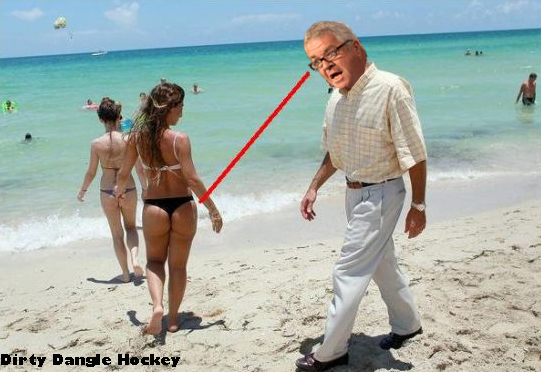 Scott Howson passed out and Dean Lombardi took it upon himself to fleece him... again. 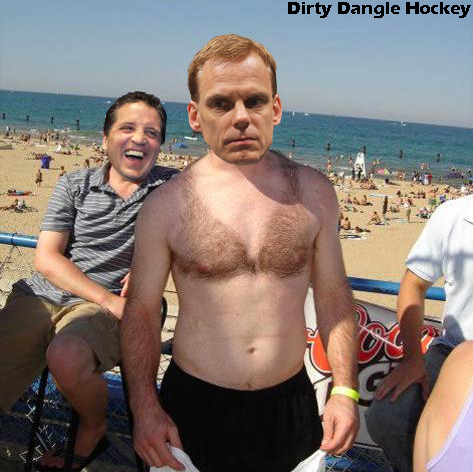 Glen Sather decided to play the "Wade Redden Contract Game" and buried himself in the sand. 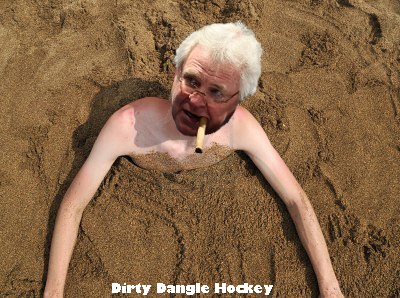 Pierre Gauthier was caught wandering around wearing this, which is probably the sanest thing he's done all season says Montreal Canadiens fans. 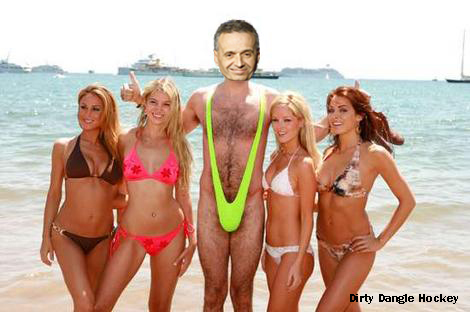