If it's not enough that NHL hockey players are living the dream of all hockey players, they are also going to bed with some very pretty ladies. There are many hockey players who's wives/girlfriends are Google'd multiple times every day, but even those average hockey players have landed some very beautiful women. Probably the most popular of this breed is shown above as Hilary Duff has domesticated Mike Comrie from being an oft-injured former 30 goal scorer to a stay at home Dad.

Here are some other players that have proven that you don't have to be the best guy on your team to have a beautiful girl on your arm: 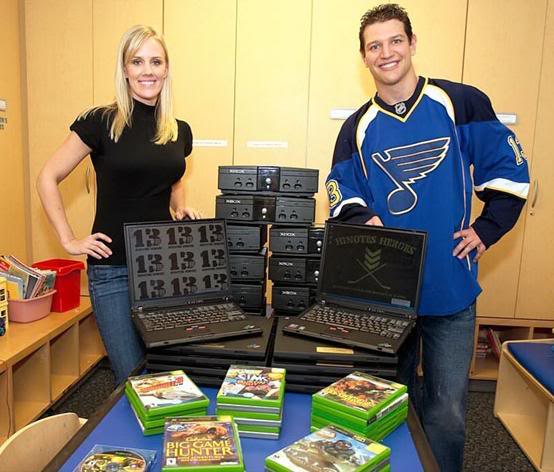 Hinote retired from hockey in 2010 after 503 NHL games and 90 career points. While mostly a 4th line grinder, he bagged a Playboy model in Amy McCarthy (NSFW, but fun to look at). Amy is the younger sister of Jenny McCarthy, a former Playmate of the Year, and might be attracted to Hinote's 2001 Stanley Cup Championship ring or his $5.7M career earnings to keep her happy and pay for a really weird themed wedding. 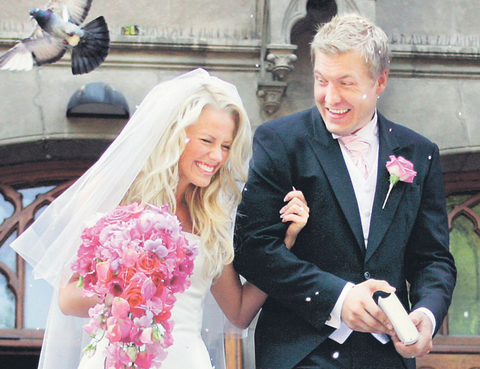 Hagman has shown signs of being a solid scorer in the NHL, and has also scored very well off the ice. The 32-year-old Hagman is married to 2003 Miss Europe and 2004 Miss Scandinavia, Priitta Hannula. Hagman had a career high of 42 points with the Maple Leafs in 08-09, and through 768 career games has 300 points. Unfortunately Mrs. Hagman does not have the most revealing pictures on the internet, being a beauty pagenteer, but it must be nice being an average NHLer and waking up to this every morning. 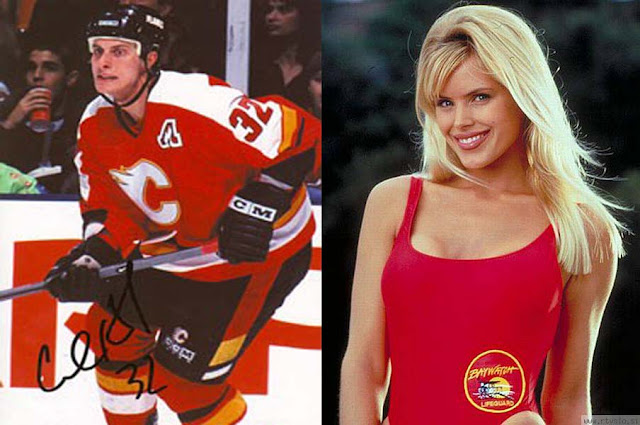 Hulse was a tough, bottom pairing D-man in his career. He is now retired and recently participated on CBC's Battle of the Blades where he placed 5th overall. Hulse played in 619 games for 5 NHL teams notching 95 points and 1000 PIMs on his way to marrying the bad-girl of Baywatch, Gene Lee Nolin. The blonde bombshell actually got her start as one of Bob Barker's Beauties on The Price Is Right, and her fame peaked in 2001 when she posed nude for Playboy (NSFW, but fun to look at). We wonder if Gena still whips out that red bathing suit when they have a family beach day?
Posted by Dirty Dangle at 11:51 AM
Email ThisBlogThis!Share to TwitterShare to FacebookShare to Pinterest