Cheering For The Team (Not The City) 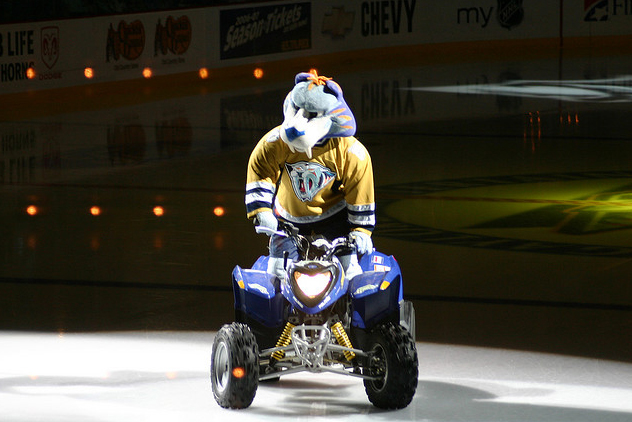 So far these playoffs we have seen a lot of star-powered and fan favourite teams exit early and start shining up their golf clubs to hit the links. When you look at the teams that have advanced so far from the Western Conference, none of these teams really stand out as a place young kids dream about playing hockey for. Nashville, Phoenix, St. Louis and Los Angeles aren't the biggest hockey markets and two of these teams have almost moved in the last few years to better (Canadian) hockey markets. Because of this, I've heard a lot of people complain about the Western Conference matchups and how they won't tune in to watch those games.

So it might not be that exciting to some hockey fans to watch a Phoenix and Nashville playoff game. Two teams that have struggled to fill the seats with fans in recent years and are now rewarded with a team playing in the Conference Semi-Finals. It almost doesn't sound fair to die hard hockey fans that live for playoff hockey in their city (step away from the ledge Maple Leafs fans). But when it comes down to it, these teams are very exciting with a lot of likable players who don't get the exposure mainstream markets delver.

It’s hard not to want to see Mike Smith do well, as he has been lights out with the Phoenix Coyotes this year and is the number one reason they are still alive in these playoffs. In St. Louis, David Backes, David Perron, Alex Steen, T.J Oshie, and Alex Pietrangelo are a very exciting young group of players that deserve to be watched. Most hockey fans may have tuned in to see the LA Kings knock out the Vancouver Canucks and see what Jonathan Quick is all about. If you're a hockey fan with no team in the playoffs, you cheer for the players, not the cities.

If a team like Nashville with their ugly jerseys and motorcross-converted hockey fans can rip the hearts out of die hard, original six, Detroit Red Wing fans in 5 games then they must be a good team to watch. When you look at the players and see that the Predators have one of the best goalies in the world and have a bunch of guys that all believe in head coach Barry Trotz's system you can see why this team has made it to the Round Two. Also, aren't we all just a little curious to see what Shea Weber's beard could look like if the Predators do make it to the Stanley Cup Finals? 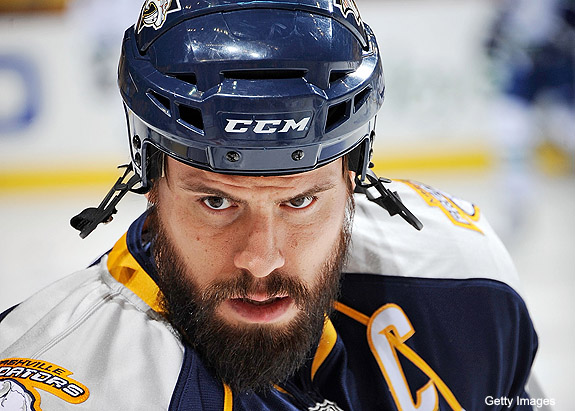 Posted by Dirty Dangle at 12:32 AM
Email ThisBlogThis!Share to TwitterShare to FacebookShare to Pinterest