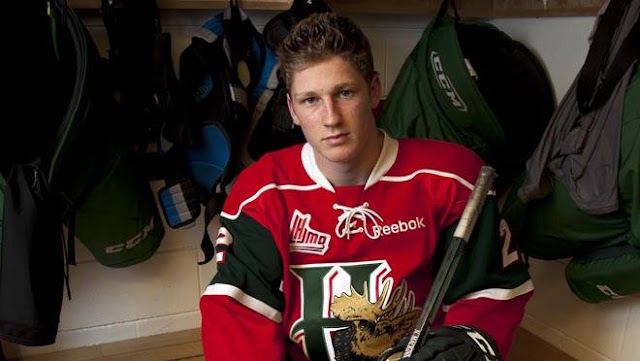 This past QMJHL season featured a pretty good showdown for the rookie of the year between Mikhail Grigorenko and Nathan MacKinnon. Grigorenko was an import player who is currently ranked in the top 3 by many scouting services for in this upcoming draft. Craig Button from TSN believes Montreal will draft him while other sites like MyNHLDraft.com have him going to the Blue Jackets as the second overall pick. Nathan on the other hand is a 16-year-old who won’t even be 17 until September and is quickly earning notoriety and praise like another famous Nova Scotian hockey player. Only 7 points separated these two at the end of the regular season with Grigorenko finishing with 85 points compared to MacKinnon’s 78 points. At this point, many have Grigorenko winning the award, but MacKinnon could be the much better player when it comes to both being in the NHL.

Nathan MacKinnon is considered a top ranked prospect for the 2013 Draft and whoever wins the lottery next season will likely be drafting one of the best Canadian prospects since Steven Stamkos. As a fan of hockey and the Mooseheads, I felt that I needed to write Nathan before he reached the stratosphere and wouldn’t have time to sign for fans (like Crosby, Lemieux etc.). This post-season has been business as usual for Nathan who has racked up 11 goals and 10 assists in 11 games following his Mooseheads game seven victory over Grigorenko and the Quebec Remparts after trailing 0-3 in the series.

No matter what happens this post-season, MacKinnon has learned a lot this year and his game has certainly matured before my eyes. With that being said, look for the same progress to occur next year as he will undoubtedly be the best player in the QMJHL next season and begin to really have to deal with countless Crosby comparisons. It doesn’t help the kid that he was also born in the HRM like Crosby, he played hockey in Cole Harbour like Crosby and went to Shattuck - Saint Mary’s like you guessed it, Crosby. Despite the early comparisons and pressures, this kid has kept it together and is a first class player and person. I hope that he does well in his career as I will be a fan of him no matter where he lands!

Since Nathan is so young, he only has one major release card to his name which came out earlier this year. I wasn’t lucky enough to pull it in my first box of 11/12 ITG Heroes and Prospects so I needed to try and mail something away to get signed. My solution was to use two blank decoy cards instead of just an index card. Nathan was kind enough to sign two cards for me and send them back all within two weeks! That is a pretty darn fast turn-around.

Here are the autos: 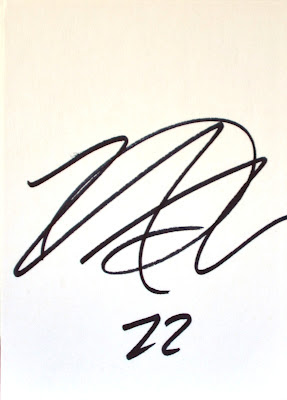 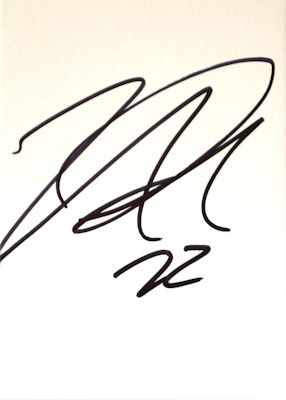 Both autos are well done and very clear because there is no photo or other distractions. With that being said, I still wish that one was one a player card, but these are pretty cool anyway and in time I might be able to add a third one to my collection.


I have seen certified autos go for over 100 bucks online, but I plan on keeping these in my collection for good!