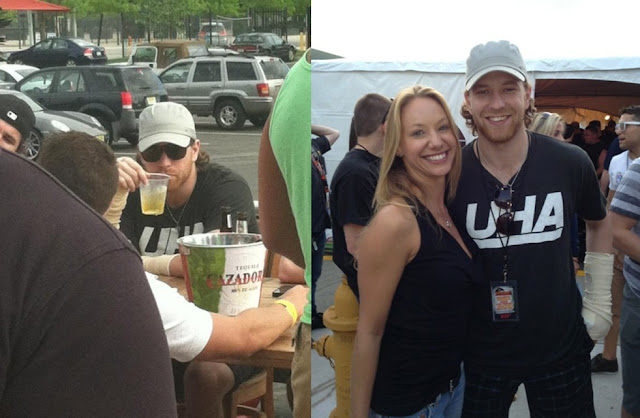 On Saturday you may have seen the list of Philadelphia Flyers requiring surgery this offseason, including their superstar, Claude Giroux. He required double wrist surgery to repair torn cartilage in his right wrist, and removal of bone spurs in the left. It sounds pretty brutal for a 24-year-old in an offseason, but clearly having both wrists in casts (serious question: how do you wipe your ass with both wrists in casts?) hasn't stopped the still NHL playoffs goals and points leader from partying like a hoss. Thanks to Crossing Broad, the hockey world has some great images of Giroux acting his age, but not on a Patrick Kane level.

Here he is playing the classic beer sport, Baggo: 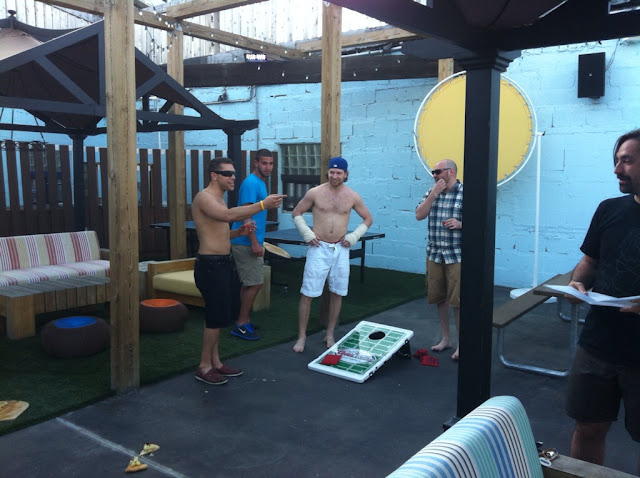 And even bettering that, here's Giroux playing some Beer Pong. 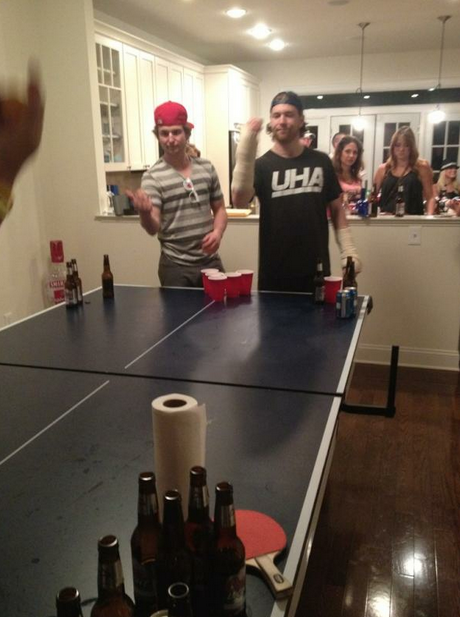 Posted by Dirty Dangle at 4:32 PM
Email ThisBlogThis!Share to TwitterShare to FacebookShare to Pinterest