Getting To Know The New Jersey Devils Franchise 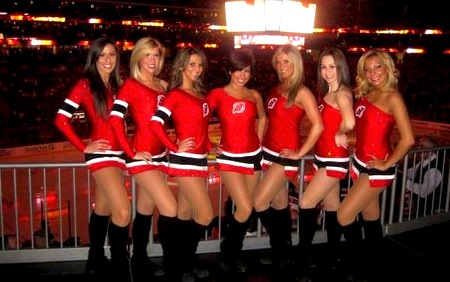 With the New Jersey Devils in the Stanley Cup Final, it's a good time to get to know this franchise out in the swamp. They're arguably one of the most successful NHL franchises in the past twenty years, and have had one of the greatest goaltenders in league history wear their jersey for his entire career, but the Devils still don't get much respect in hockey circles. Their team history spans three teams and many highs and lows - some of which are absolutely hilarious.

Here are some quick hits to help stump your dad the next time you watch the game with him.

"Well, it's time they got their act together, folks. They're ruining the whole league. They had better stop running a Mickey Mouse organization and put somebody on ice."

Ouch, so much for Gretzky being a nice guy. Maybe he should share some of his words of wisdom with Paulina?

In Lou They Trust

Anyone else hungry for doughnuts right now?


Overall, the New Jersey Devils franchise have gone from a laughing stock Mickey Mouse organization to one of the most successful NHL franchises today with 5 Stanley Cup appearances in the past 17 seasons.

Posted by Dirty Dangle at 4:01 PM
Email ThisBlogThis!Share to TwitterShare to FacebookShare to Pinterest