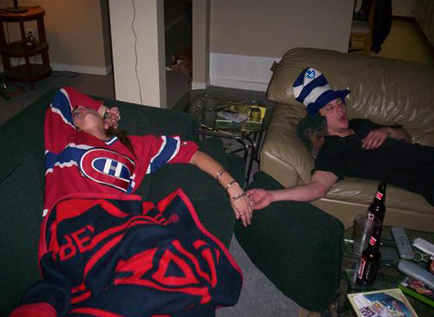 You've heard of the Stanley Cup Hangover, especially this year with the Boston Bruins struggling early in the season and near the end of the season as they bowed out in the First Round, meaning there will be a new Stanley Cup Champion this year. However, as hockey fans, we get Stanley Cup hangovers all the time. With so much hockey on TV to watch and so many nights out enjoying the games, there are going to be some painful mornings on the horizon after a solid night of hockey watching.

Here are some of the symptoms of a Fan Stanley Cup Hangover: