Quick Hits From The Preliminary Round Of The World Hockey Championships 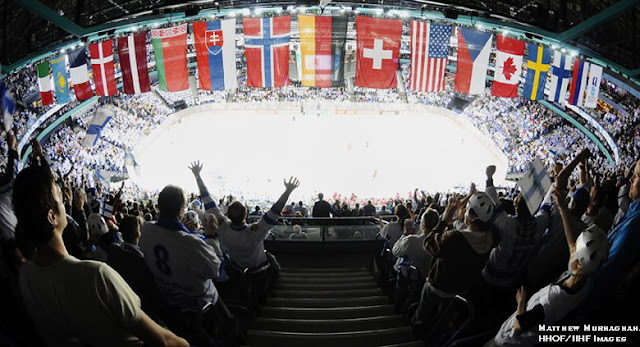 There's this little tournament going on over in Scandinavia a few of you may have heard of. Sure it's no Olympics or World Cup of Hockey, but it's a decent little tournament with many NHL stars. While North American's may not care too much about it, or even be able to watch it as the games are often early morning/afternoon, the European fans absolutely love it (did anyone see that 30-year-old Finnish man crying after their loss to Canada? They take this shit seriously). Injuries, contract negotiations and quality family time make it difficult for many North American players to skip across the pond to play for their country, but for many European players it means going home and playing in front of their family and friends - it's a big deal to them. You may not care much about watching a team with Joey Crabb or Marc Methot on it, but there is some quality hockey and great storylines going on.

You may have followed along, or didn't give two shits, but here are some noteworthy highlights from the Preliminary Round of play:

Posted by Dirty Dangle at 12:21 PM
Email ThisBlogThis!Share to TwitterShare to FacebookShare to Pinterest