What Does It Take To Be A Hall Of Famer? 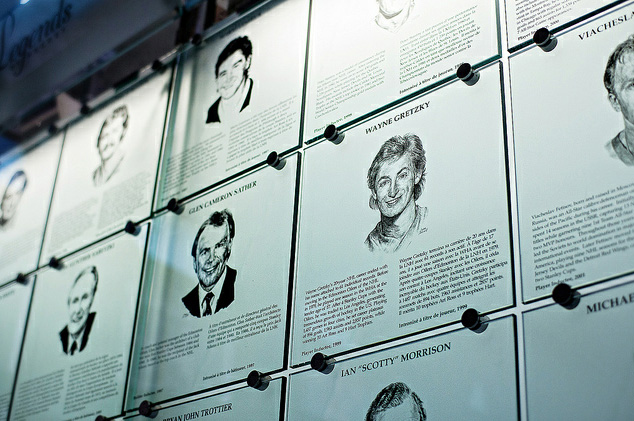 Looking at the Hockey Hall of Fame eligibility list, there's a lot of great players with solid numbers and hardware that could be elected every year. Unfortunately they all can't go in as only a maximum of four male players can go into the Hall in a single year. With so many great players becoming eligible every passing year these Hall of Fame conversations are getting tougher and tougher. So what does it take to get into the Hall of Fame these days? While there is no perfect formula for predicting who the Selection Committee might be electing to the Hall, it can be presumed that greater weight is given to a players individual achievements such as goals/points/awards, and then to team achievements such as Stanley Cups or Olympic gold medals/Canada Cup titles/IIHF World Championship gold medals. With this in mind, I set out to find the average stats/awards/championships of Hockey Hall of Famers who began their playing careers in the Modern Era (1967-present) to see who belongs in their company.

The first table below will look at Hall of Fame inducted forwards who began their careers in 1967 or later. Gold medals include Canada Cup titles, World Cup of Hockey titles, Olympic games, and men's senior World Championships. For awards, since the Maurice "Rocket" Richard Trophy was introduced in 98-99, if a player led the NHL in goal scoring before its inception then they were credited with having won that trophy.


From these numbers, one can assume that you need to have a solid combination of stats/championships/award wins for induction, and if you don't have many championships/awards, you better be among the all-time leaders in scoring to have your name mentioned among the best. 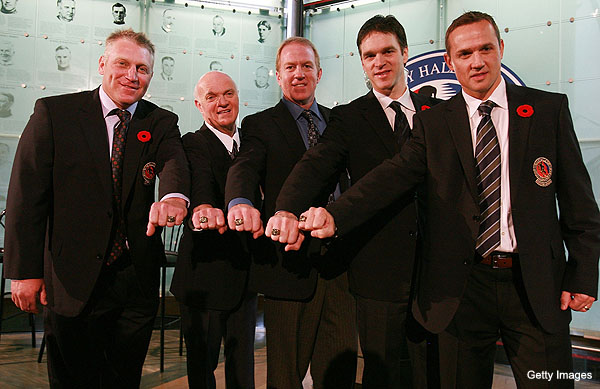 Now lets take a look at the HHOF defenceman from this time period:

It's fairly easy to see why these defencemen are in the HHOF, as even Salming and Howe have strong numbers despite not winning anything. Anything around those averages should get you in the conversation for the Hall. 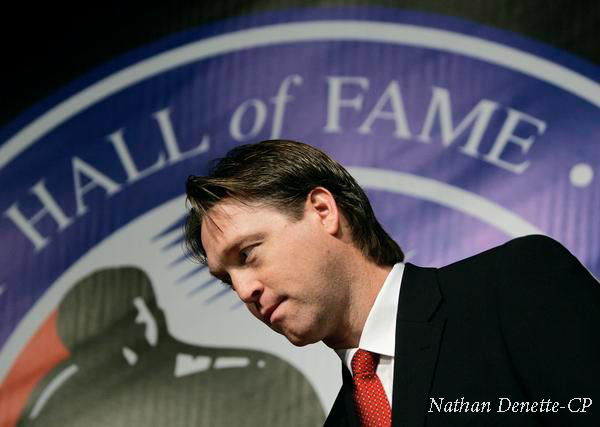 Now let's look at the six HHOF goalies from this era:

We'd say the benchmark for a HHOF goaltender in this era is having over 400 wins, 50 shutouts and having won at least the Stanley Cup and Vezina Trophy. Probably one of the most important things for a HHOF-seeking goaltender is to have some hardware as with so many great goaltenders you need something to separate the best from the rest.

Judging from the list of eligible players this year, we'd say that Joe Sakic and Brendan Shanahan are locks for 2012 induction, while Mats Sundin, Adam Oates, Dave Andreychuk, Curtis Joseph, and Phil Housley could all go in as well. Thanks to players like Cam Neely and Pat Lafontaine, there is hope for Pavel Bure and Eric Lindros to go in despite their limited number of games due to injuries. Regardless, this is going to be an excellent HHOF class, and that pattern will continue for many years. 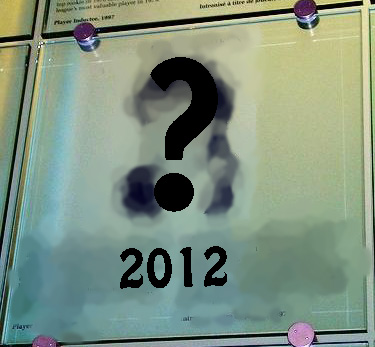