For Your Viewing: Gross Misconduct 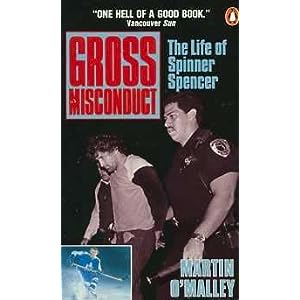 This week, we have Gross Misconduct on the reel. It tells the story of former, NHLer Brian "Spinner" Spencer, who we've wrote about before. Spencer had a 10-year roller coaster career with four NHL teams in which he battled on the ice, and even harder off of it. It's definitely worth a view so take a look at some early 1990s Canadian-made-for-TV drama. It's broken down into seven parts so just keep clicking on through.