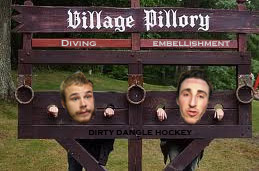 Last week there was a little "Rules Summit" going on between players, officials and team execs to address the officiating standards in the NHL. Not surprisingly, diving and embellishment was one of the main discussion points during the summit, and a pretty good idea emerged out of it - the proposal to create a list of divers in the league. This list would be posted in all 30 NHL dressing rooms and be delivered to referees before games. The list would take divers and embellishers public for shaming in front of their peers and in theory work as a deterrent for those on the list to stay on their feet. 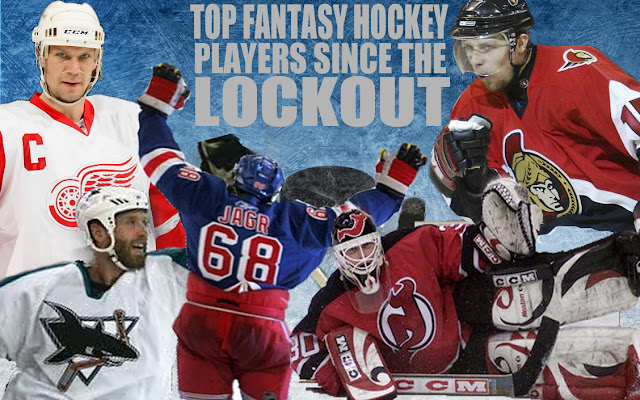 A few weeks ago, Pete Jensen of NHL.com posted "The Best 16-Man Fantasy Hockey Roster Of All Time" and it's a pretty stacked team with some pretty unbelievable seasons since the expansion era of 1967. Using the same idea, we want to see what team we could put together since the 2004-05 Lockout as it is more current and the word lockout is being tossed around frequently these days. So using the same format NHL.com used, we'll use the Yahoo! fantasy hockey generic hockey roster set-up (2 C, 2 LW, 2 RW, 4 D, 2 G, 4 BN) and statistics (G, A, PIM, plus-minus, PPG, SOG for skaters; W, G.A.A., SV%, SO for goalies) to determine the best 16-man fantasy hockey team roster since 2005.

There are many great hockey card sets out there, but one of our favourites is the 1992-93 Pinnacle Sidelines subset that profiled nine NHLers and some of their off ice hobbies. Part One was great featuring Eric Lindros, Randy Wood, and Dale Hunter, and Part Two of our showcase  is no different featuring some of the best (worst?) retro hockey cards from the 1990s. 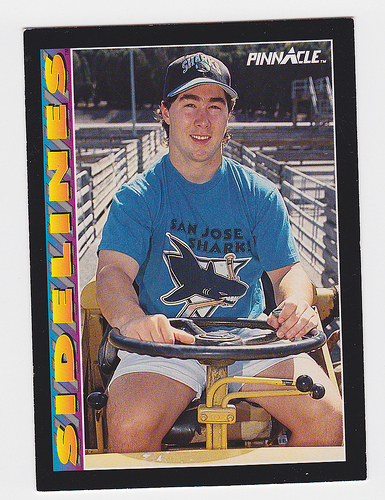 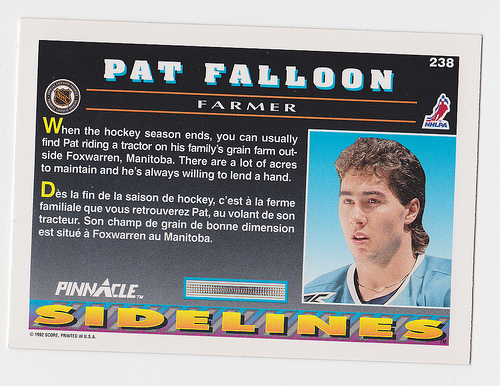 Pat Falloon was the first pick in San Jose Sharks history at #2 overall in the 1991 NHL Entry Draft, but he was also a Tractor Chicken champion on his three-wheeler. Falloon was a pretty big bust who would be traded twice in his career and placed on waivers once. Ending his career to nicknames such as Fat Balloon for his poor conditioning and round shape, Falloon would get a chance to be closer to his family farm as he joined his hometown Foxwarren Falcons of the little-known North Central Hockey League and disappeared into hockey obscurity. 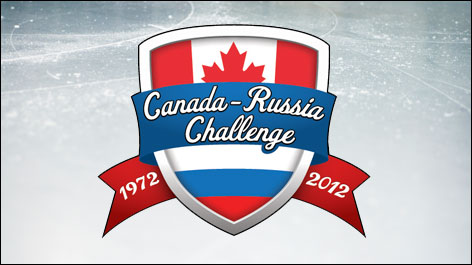 It's been almost two months since the LA Kings won the Stanley Cup, and that means two months without any live hockey action. Luckily for us, it's the 40th anniversary of the 1972 Canada-USSR Summit Series and the two countries will be commemorating that event with a four game Canada-Russia Challenge as well as honouring the victims of the Lokomotiv Yaroslavl air disaster. If you remember the 2007 Super Series which featured an eight game series between the Canadian and Russian U20 teams, you know we're in for some great junior hockey. Canada absolutely domianted that series with a record of 7-0-1, but expect this years matchup to be much closer.

Read more »
Posted by Dirty Dangle at 6:02 AM 0 comments
Email ThisBlogThis!Share to TwitterShare to FacebookShare to Pinterest

NHLers at the Summer Olympics

While watching the London 2012 Olympics these past few days, it's hard not to think about which hockey players would succeed at the Games in certain events. Hockey players are amazing athletes and many of them excelled at multiple sports as kids and occasionally show off their athleticism on offdays. So what Olympic sports would some NHLers potentially compete in? Take a look.