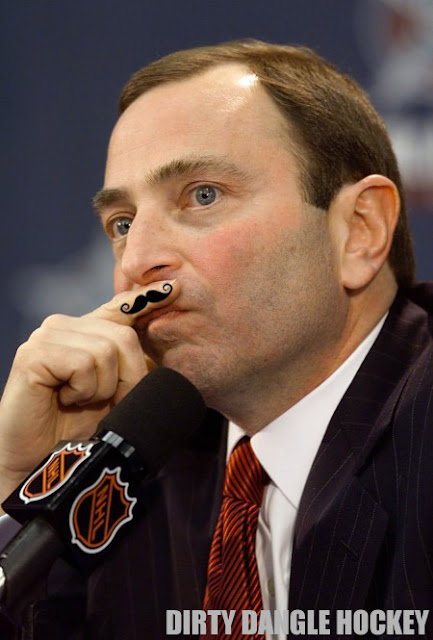 Gary Bettman isn't very well liked among hockey fans. There's a reason he's booed every time he's in public and websites like www.garybettmansucks.com and www.firebettman.com exist. Perhaps it's because of his overseeing of expansion and relocation into non-traditional hockey markets, or maybe it's because he makes $8M a year. Well those probably add to the hatred, it's probably because he's presided over two NHL lockouts including the 2004-05 lost season in which the NHL became the first North American sports league to cancel an entire season due to a labour dispute. As each day passes in September, a third lockout under Bettman's tenure as NHL commissioner looms, and the hate builds even more.

While Bettman isn't the only villain in the CBA talks with many of the NHL owners coming off as greedy hypocrites, Bettman is the source of hate as their representative. Gary Bettman is like that movie villain you just hate so much because they play the part so well. With that said, let's compare Gary "The Most Photoshoppable Man" Bettman to some of our favourite movie villains.

Gary Bettman is like the Wicked Witch of the West, although "of the South" may be more fitting for his love of expansion in that direction. 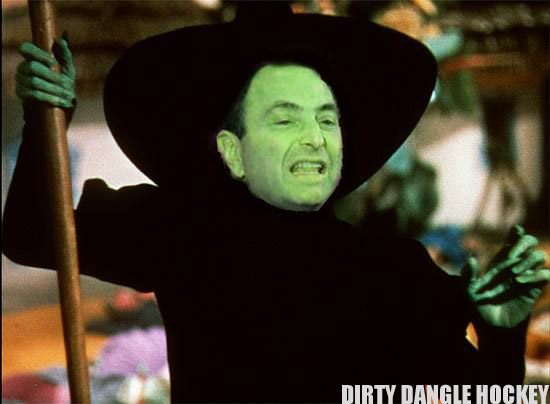 Gary Bettman is like Kevin Bacon's character, Wade, in The River Wild - a thief who ruins family bonding trips and creeps out Meryl Streep. 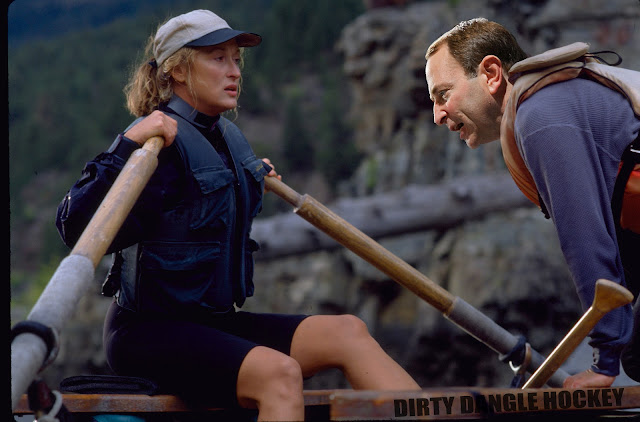 Gary Bettman is like Lord Voldemort - a sinister bastard who feels no sympathy for hockey fans (a.k.a Muggles) who suffer during NHL lockouts. 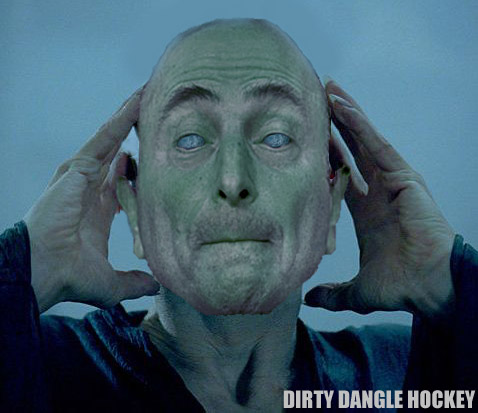 Gary Bettman is like Biff Tannen - a d-bag who needs to stop playing with the future. 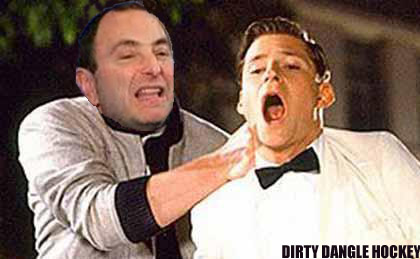 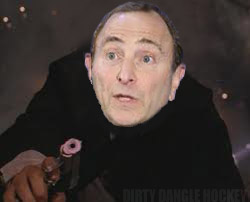 Gary Bettman is like Johnny Lawrence from The Karate Kid and needs to be taught a lesson with a swift kick to the chin by Daniel Sedin-san. 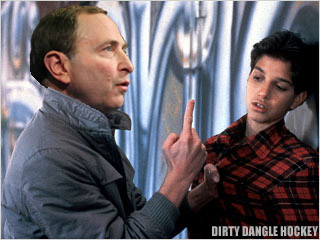 Gary Bettman is like Roger "Verbal" Kint - telling lies to protect his own interests (photo has been altered to reflect Bettman's height).

Posted by Dirty Dangle at 10:44 PM
Email ThisBlogThis!Share to TwitterShare to FacebookShare to Pinterest