Get To Know The Swiss National League A 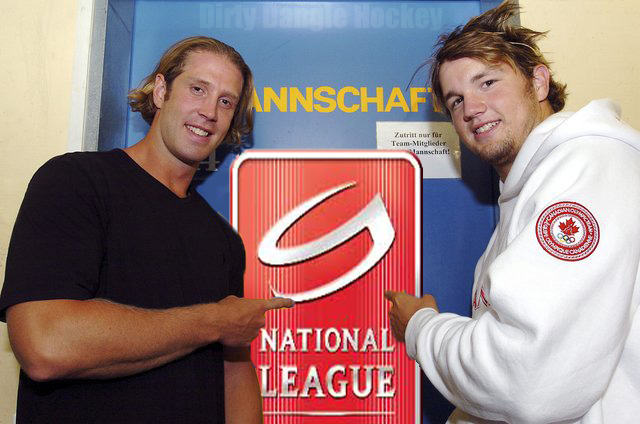 The Swiss National League A (NLA) is one of the oldest hockey leagues in the world having a championship history dating back to 1916 and has quickly become a top destination for ageing professional hockey players and locked out NHLers. The Swiss National League operates on a two-tier system in which the top league is represented as the "A" league and is considered the sixth best ice hockey league in Europe. The NLA's fanbase is not to be taken lightly as some Swiss teams draw greater crowds than NHL teams on a regular basis and the arena atmosphere is unrivalled. Swiss hockey is serious business.

Here are some of the things you can expect if you follow the Swiss National League A this year:

The 12 teams in the league play a 50 game season in which the top eight teams qualify for a playoff round where best-of-seven series are held to declare the Swiss Champion. Making things interesting in the NLA is that because it's two-tiered the bottom four teams in the regular season enter a play-out relegation round where best-of-seven series are held to see who is ranked 12th overall. This last place team will have to play for their spot in the NLA against the top team in the Swiss National League B to decide who will be in the top-tier next season. Imagine a deciding game seven playout to determine if you are relegated? That's intense.

The Swiss National League A is the second most-attended league in Europe with an average of 6305 people attending games in 2011-12 and in 2010-11 the NLA actually held the title of most-attended hockey league in Europe ahead of the Swedish Elitserien. While most of the barns in the NLA have a capacity around 7500, NLA attendance is helped out in large part to the team based in the nations capital, SC Bern, who can fit over 17000 (most of them standing room) and fill enough seats on a regular basis to hold the title of the most-attended European hockey team for the tenth consecutive year.

You may have heard of European clubs and leagues giving a leading scorer a gold helmet to wear during games to award the player, but the Swiss National Leagues take it a step further. Since 2002, the National Leagues (A and B) top scorers on each team have worn a flaming helmet and jersey with TOP SCORER written in big font on the back. While these players look ridiculous, it's all for a good cause and growing hockey in Switzerland as for each point the top scorer gets means money donated to junior hockey in Switzerland. Since 2002, over 3 million Swiss francs have been raised for Swiss youth hockey which is pretty awesome despite having to look like a jackass in the process.

A Christmas holiday tradition, the Spengler Cup has been hosted annually by HC Davos since 1923 and is considered the worlds oldest invitational hockey tournament. Since 2010, six teams participate (before only 5) including the host HC Davos and one other NLA team. Three European teams from the KHL, Deutsche Eishockey Liga, Czech Extraliga, SM-liiga, and Swedish Elitserien are invited with the remaining spot given to Team Canada who has entered a team since 1984. The Canadian side is often made up of ex-NHLers playing in Europe or AHLers and makes for great conversation as you finally figure out what happened to certain players such as Joel Kwiatkowski, Stacy Roest and Brandon Reid.

The fans of the NLA make for quite the atmosphere during games. While we've only see NLA teams in action during the Spengler Cup, the games just look like they would be a hell of a lot of fun to be at with chants and a loud crowd. Unfortunately there's passion and then there's stupidity as these crowds can be quite raucous with fights and riots escalating into hooliganism during and after games. Even just a few weeks ago there were 17 arrests at an exhibition game between NLA and NLB clubs. The issue of security at arenas is such a hot topic among Swiss politicians and the league that they even ban football hooligans from rinks to combat the persistent problem of hockey hooliganism. Riots on ice just don't look like they'd be that safe. 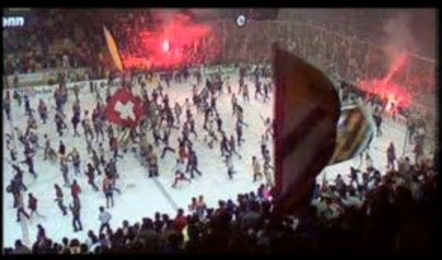