For many hockey fans, the release of the latest EA Sports NHL series game is a highlight on the calendar with gamers eagerly waiting to get their mitts on the game and NHL 13 was no different. Having been able to play it for a few days now and try out various game modes, we think it's time for a little review of the game. As with any of the latest NHL games we were blown away by the graphics and new features NHL 13 brought this year. The game is spectacular and a must own for any video game playing hockey fan, but we're sure many will agree they were left a little disappointed with some aspects unchanged from previous years.

Starting with the positives, the new True Performance Skating is fucking brilliant. With changes to player explosiveness, top-end speed, and momentum this year, you can truly see a difference in the way the game is now played and is a lot more realistic than games of the past because of this edition. You now have the ability to cleanly beat opposing players in footraces for the puck if you get a better jump and the difficulty in trying to turn at full speed is nice to see especially when you have an opponent lined up in the trolley tracks. The physics-based skating takes some time to get used to, but it's a revolutionary change just like the skill-stick of NHL 07 that needs to be embraced. On top of this, you now have the ability to skate backwards with the puck anywhere on the ice allowing for more creativity and an authentic game experience.


The Artificial Intelligence in NHL 13 has been greatly improved with the new Hockey IQ actually making those computer controlled players useful. Rather than just moving around the ice, you'll find the CPU actually fulfills the responsibilities of the positions they are supposed to be playing. They'll find open ice for breakouts and passes, and even pick up open men to take away scoring chances on backchecks. The best AI upgrade however has been in net with goalies able to read plays and react to other players other than the puck carrier. This means those guaranteed cross-crease goals aren't going to be your bread and butter in NHL 13 so you'll need to find some more realistic ways of scoring. It can't be expressed enough that there will be a lot less "what the fuck was the computer doing?!?" this year with the new AI improvements.

New game modes such as NHL Moments Live and GM Connected will offer some replay value if you're bored of the usual shit, but the Be A Pro and Be A GM will still be the staples to rely on. The CPU GM's in Be A GM have been improved with a new GM Brain for greater trading logic, where a cool thing in the Be A Pro is the ability to request trades and be placed on the trading block by your GM. No more being stuck in Columbus for 3 years and you get to see what kind of value you have by the players involved to acquire you. This feature should have been implemented in Be A Pro from the time it debuted.

Now for some of the disappointments in NHL 13: 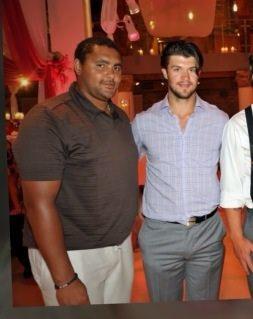 Overall, the game is spectacular, but the game is not perfect with a few wrinkles that should be ironed out in the next year to take the game to an even higher level. We rate NHL 13:
9/10

Posted by Dirty Dangle at 3:30 PM
Email ThisBlogThis!Share to TwitterShare to FacebookShare to Pinterest