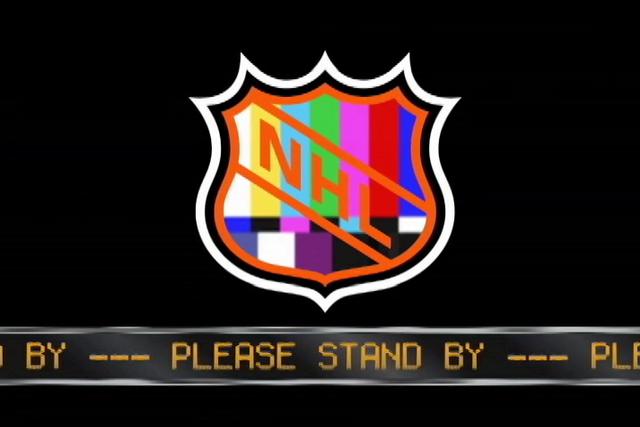 The NHL looks to be heading to another lengthy lockout as the players and owners play cat and mouse right now. I will always remember the 2004-05 lockout that cancelled the whole season because I had just returned from backpacking in Australia and was really excited to get to watch hockey again and of course to go to overpriced Toronto Maple Leafs games, but as we all know that season didn't happen. So yes, most of you went a year without hockey, I went two years…FUCK.

As fans we can all bitch and complain that the owners are greedy rich pricks or that the players already have the best job in the world and we would all play the game for free or at least at minimum wage so we have beer money, but there is much more to it than that. Behind the scenes there are a lot of hard working people worried about how they are going to pay their bills. There are thousands of people that have jobs tied directly to the NHL and if there is no hockey this season, there will be no pay cheques for them to buy food or pay rent.

Support and game staff in the arenas will lose shifts without the NHL and will have to make a living off of concerts and the NBA if their team's city have a team. This staff includes ushers, food and beverage employees, security and cleaning crews. Most of these jobs are part time and occupied by students or those working a second job. Some members of the media will suffer no doubt with beat writers having nothing to write about with no team to cover, and TV and radio crews with have nothing to broadcast except the latest CBA negotiations that will end in....YAWN. You can't forget about the bloggers in all this mess either, I mean, what the hell do you write about that doesn't include END THE FUCKING LOCKOUT ALREADY.

Local businesses will feel the pain too with no pre-game dinners at restaurants near the rink or bars for fans after the game to drink their sorrows away or celebrate a win. There will be no road trips meaning no hotels being ransacked or tickets bought. Merchandise will take a hit as few people will want to buy a hockey jersey when there is no actual NHL season going on (or at least we hope people won't buy jerseys). Even NHL 13 might be hit hard as sales during the 2004-05 lockout took a Ryan Kesler dive down from their previous years sales.

There are a few special people that will be hurt if there's a lockout that people may not think about and we're here to remind you of them:

We have confidence that these girls will be well looked after, but I think it's a big loss for everyone involved that we might not see them shovelling snow this year. Not only will goalies miss these girls, but fans who cheer for TV timeouts when they come out in skirts. We hope you are well looked after during the lockout girls.

From goalie races to the giant inflatable hockey player games, these guys are entertaining the masses who can hold their bladders between periods. They might not do it for money, but these guys know how to get the fans out of their seats and deserve some recognition as part of the nights entertainment.

The Beer Guys and Girls

Usually never there when you need them most, they always deliver in the end with an ice cold beer. They carry shitty coolers up flights of stairs and use their Grade 12 education to count your change. Gotta feel for the guy/gal that delivers your beer.

Every arena usher we've met have been very courteous and helpful in making sure we have the greatest time possible. We really feel for the older ushers who have worked a long time for a team and make the game that much more enjoyable with their stories of the glory days. If there's a lockout we might just pay one to be our drinking buddy.

The traditional beer before a game or casual friendly afterwards will be no more and those restaurants and bars near arenas will feel it the most. Thriving off the excitement of an NHL game will be lost and many places may have to let some of their servers and staff go due to slow business.

After impressing in an office combine of sorts, this New Jersey Devils intern will be shit out of luck if there's nobody to grab coffees for during a lockout. Pray for him.

Posted by Dirty Dangle at 3:11 AM
Email ThisBlogThis!Share to TwitterShare to FacebookShare to Pinterest