No NHL is a huge loss for hockey fans and as expected it is having a pretty big effect on many of the traditions that often occur prior to the regular season puck drop. Watching preseason hockey without a care for the final result has already been wiped out, but perhaps the biggest tradition affected is your annual fantasy hockey league draft being postponed or cancelled completely. You may have already done a draft and felt empty inside throughout the process, but most leagues are simply postponing until this whole lockout thing comes to an end. It's probably the best move to delay as long as possible and wait for any news, but essentially fantasy hockey GM's have been locked out until further notice.

In one of our leagues, the commissioner sent this message out letting us know that he was locking us out and decided to insult a majority of the league in the process. We hope you do the same. 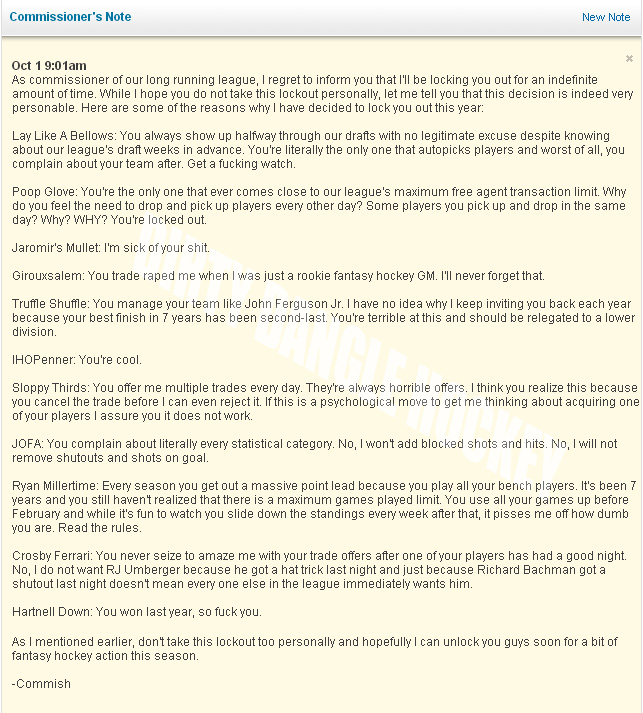 Hopefully there are some positive developments in the NHL/NHLPA negotiations and fantasy hockey season isn't lost as well.

Posted by Dirty Dangle at 9:45 PM
Email ThisBlogThis!Share to TwitterShare to FacebookShare to Pinterest