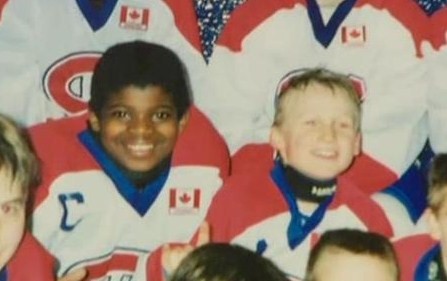 Here's Steven Stamkos doing what he does best in 2000:


We were really expecting highlights of a young Stammer ripping some one timers from the faceoff dot.

If we were to ask you what NHLer do you think would have scored the 2000 tournament winning goal in overtime you'd obviously say Jordan Eberle right?

Here's Dustin Byfuglien in '95 dangling and potting some goals:

We heard his incentive for scoring was a chocolate bar for every goal.


He had to at least crack a smile after that one, right?

Dion Phaneuf in 1995 wearing a bubble and ripping some clappers from the point:


Couldn't help but laugh when he put one over the glass.

Brent Seabrook stepping into one from the point for a goal:

You know he put his entire 10-year-old body behind that one because he fell down.

Posted by Dirty Dangle at 5:04 PM
Email ThisBlogThis!Share to TwitterShare to FacebookShare to Pinterest