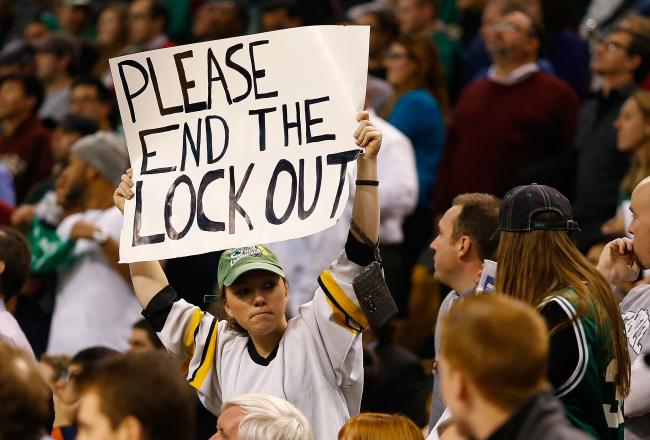 It's Day 74 of the NHL Lockout and hockey fans are really starting to get worried about losing another NHL season to labour negotiations and stubbornness. With more game cancellations and far too many basketball highlights on TV, the Lockout is really starting to get to us now. Drinking beers on Saturday nights just doesn't feel the same without some NHL hockey on, and the pain from those beers on Sunday afternoon is much worse without any matinee games to watch. We miss NHL hockey like Dion Phaneuf misses the net.


Here are some of the things we've really been missing the past two months:

What are you missing during the NHL Lockout?
Posted by Dirty Dangle at 12:02 AM
Email ThisBlogThis!Share to TwitterShare to FacebookShare to Pinterest