Who The NHL Lockout Really Sucks For

The NHL Lockout sucks for every hockey fan, but for some, it hurts a little more. We all looked forward to the NHL season and seeing players in new uniforms or just how our favourite teams would perform this year with a clean slate. Well, some fans and players may have had higher hopes for this season and are currently missing out on what could have been because of the NHL Lockout.

This Lockout hurts everyone, but cuts a little deeper for some:

People Who Planned To Attend The Winter Classic

Sure there's refunds on the tickets, but plane flights and hotel rooms are not guaranteed to be refunded. Those that booked hotels and flights might not be able to cancel them now, and worst of all might be stuck with going to Detroit for New Years which just sounds brutal.

Talk about a cocktease. After their Jets flew to Phoenix in '96, NHL hockey finally came home to Winnipeg last season and was it ever awesome. Sell outs, hilarious taunts of opposing players, a loud building, Justin Bieber grabbing some titty in a private box; it was all so awesome to follow along with. Now, after all of that and the emotions of having an NHL team return to the city, it's gone again. It's like Gary Bettman is just jerking Winnipeg around again and that's not cool. 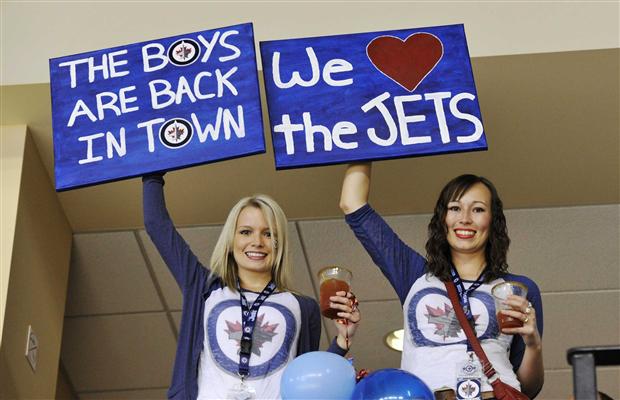 After becoming just the 20th player in NHL history to hit the 60-goal mark, Stamkos definitely won't be trying to notch that number again this year. Either there will be no season or a shortened season and we just don't see 60 goals in 48 games from Stammer. We all know how fit Stamkos is thanks to Gary Roberts and for him to be scoring this many goals at age 22 only to sit out a season just isn't fair.

One of the worst things to come from this lockout that affects peoples livelihoods the most is that people are losing their jobs. No we're talking about millionaire NHLers, we're talking about team employees that can't simply go to Europe to work like the NHLers flying the coop. They are getting fucked over and whether it's students working part-time to pay off some debt or full-time employees who are now unemployed this might be the shittiest part of the lockout. THINK OF THE MASCOTS. 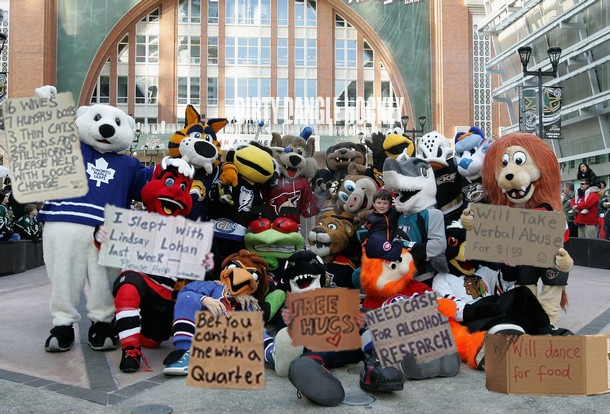 Winning the Stanley Cup for the first time in franchise history with a solid roster of NHL stars such as Jonathan Quick, Drew Doughty, Jeff Carter, Mike Richards and Anze Kopitar was well deserved for Kings fans, but their victory has been spoiled by this season not getting underway on time. No Stanley Cup ceremony with their banner going to the rafters or a chance to defend their title as the Top Gun in the NHL just sucks for Kings fans because you know they were favourites again for a repeat.

Fantasy Hockey junkies must be dying without the NHL and may not be fairing well in their alternative leagues. Some may have joined NBA or NFL fantasy leagues and gave up, or some might have created KHL or Swiss NLA pools to get their fantasy hockey fix, but it's just not the same. Don't worry, the 2013 Dirty Dangle World Junior Hockey Pool will return in December!

He finally got out of Columbus and hasn't been able to play an NHL game for the New York Rangers yet. 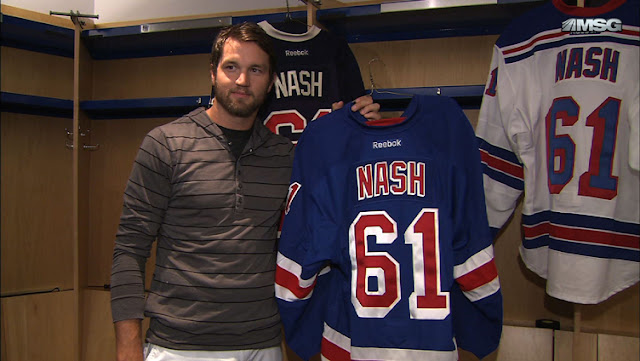 Crosby's concussion rollercoaster ride since the 2011 Winter Classic appeared to come to an end on March 15th when he came back for the final 14 games of the regular season and that bizarre playoff series against the Flyers. Before Crosby went down at the Winter Classic he was on pace for 132 points which would have been the highest point total since 1995-96, and even when he came back last season he put up 37 points in 22 games for a 1.68 points/game pace. Everybody hurts not seeing Sid the Kid in action.

The Oilers have one of the most exciting teams in the league thanks to tanking and landing the 1st overall pick the last three years. Oilers fans are looking forward to seeing Nail Yakupov try and steal first line minutes from Jordan Eberle and line up with Ryan Nugent-Hopkins and Taylor Hall. Oh yeah, and that Justin Schultz kid they signed over the summer looks pretty good too. It's really a shame that hockey fans haven't seen these kids dangle in the NHL this season. 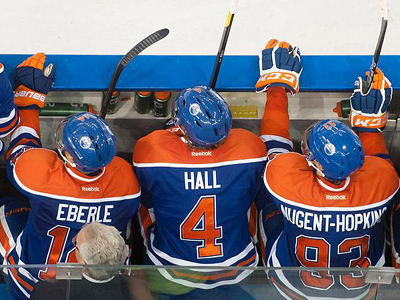 Let's be honest though, everybody hurts during this fucking thing: