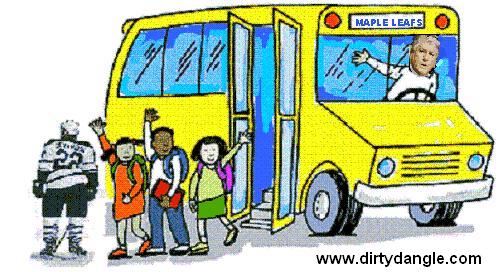 I am sure many of us are shocked by the news that broke Wednesday that the Maple Leafs have relieved Brian Burke of his duties as GM and Club President and that he will become a senior advisor to the board. The timing of this with the NHL just about to start up after a lockout is shocking. But if you look at Burke's track record with the Leafs you can see that his time was near.

Going into his 5th season as Maple Leafs Gm the Maple Leafs posted a 128-135-42 record with Burke at the helm. That's not good enough if you are the GM of the Florida Panthers or any GM in the league and shouldn't be good enough for the Toronto Maple Leafs.

Burke might be remembered most for his deal with Boston and landing Phil Kessel for two 1st round draft picks and a 2nd rounder which didn't seem that bad at the time. But the deal backfired with the Maple Leafs shitting the bed the next two seasons and Boston getting Tyler Seguin with the 2nd overall pick in 2010 and landing Dougie Hamiltion the following year with the 9th overall pick.

Just think if the Leafs had finished 10th in 2010 and the Bruins took Dylan McIlrath with that pick, the deal doesn't sting as bad and maybe Bruins fans wouldn't be chanting "Thank You Kessel" whenever the Leafs are playing in Boston.

Burke did have a few victories with dealing Francois Beauchemin for Joffrey Lupul and Jake Gradiner and landing Dion Phaneuf for a bunch of toss in players that the Leafs didn't want. It's still a little early to rule out how he did with drafting players, time will tell with that.

Dave Nonis takes over as the new guy in charge, but let's be honest here Burke is his mentor and one of his best friends so it will be interesting to see if Burke is still pulling some strings from the sidelines. I didn't get to see the press conference, because some of us actually work. But I did get a text from a friend who said he was watching the presser and Dave Nonis looked like someone just shot his dog.

It's shocking news, but for Maple Leafs fans change can't be a bad thing. It's just sad we won't get to see Brian Burke fight anyone in a barn representing the Maple Leafs any time soon.

Posted by Dirty Dangle at 11:05 AM
Email ThisBlogThis!Share to TwitterShare to FacebookShare to Pinterest