How NHL Teams Should Repay Their Fans The 2013 NHL season is almost here and a lot of the talk going into opening weekend is how the NHL will make it up to the fans. It was quite clear this time around that writing "Thank You Fans!" on the ice was not going to cut it as many fans have considered the latest lockout the final straw. The NHL and its teams have some work to do to make up for this shortened season, and simply giving a discount on NHL Centre Ice won't cut it. Teams are already rolling out the promotions to get fans to the rink and buying gear again, but we have some of our own ideas as to how each NHL team should repay their fans.

In a pre-game ceremony before their opening night, Ryan Getzlaf will finally bic his balding head.

Before their home opener, Flames GM Jay Feaster, will promise not to give out any No Trade Clauses this year.

One lucky fan will get to go to prom with Jeff Skinner in June.

After the Hawks first game two lucky fans will be chosen to hold Patrick Kane's legs up while he does a keg stand at centre ice. Free financial advice to fans from the father of defensive prospect, Tyson Barrie.

A Rick Nash and Jeff Carter jersey burning bonfire will be held at the tailgate party before opening night.

Thanks to the signings of 40-year-olds, Jaromir Jagr and Ray Whitney, every fan will get Seniors Discounts at concessions. Based off their team show, Oil Change, the Oilers will continue to document the young Oilers living in a mansion with the Oilers Octane girls.

The Panthers should offer dirt cheap season because they are the Florida Panthers. And toss in a free team jersey. And give free parking. Oh wait, that's a real thing . Season tickets work out to $7 bucks a game.

Every home game each fan will go home with an autographed picture of Zach Parise and Ryan Suter... signed by Chuck Fletcher.

Clearing out their merchandise stock, each fan in attendance will receive a Scott Gomez jersey to do with as they please.

One lucky female fan at each home game will win a trip to the mall with Mike Fisher where he will hold their purse for the day.

Devils fans will be given Zach Parise's home phone number and cell number to tell them how they feel... at 3:30am on gamedays.

Every time the roof at Nassau Coliseum leaks each fan will go home with a rain jacket and hat with the Fish Sticks logo on them.

Rangers rock star goalie, Henrik Lundqvist, will play guitar solos of classic songs at every home game to introduce the rest of the team.

The Schenn brothers have teamed up with Hershey and now have a chocolate bar that will be given out for free at every home game. 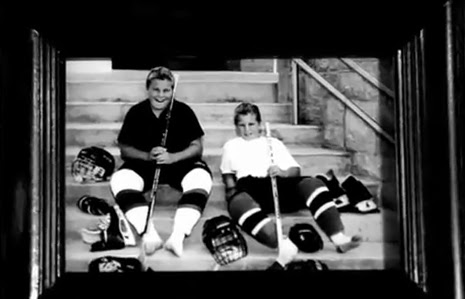 Coyotes fans were already repayed during the lockout as their taxes won't be as high this year. Hey oh!

Mario Lemieux comes out of retirement and just plays on the power-play with Malkin and Crosby. He would still put up over a point-per-game.

The Senators should offer a Birthday Party Package in which Daniel Alfredsson shows up at your kid's party dressed up as a clown (or just him from the year 2000). 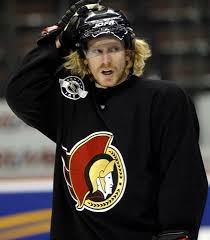 Will practice more on the ice this season rather than make cheesy team commercials.

Ken Hitchcock should finally do a Paul Bearer impression. 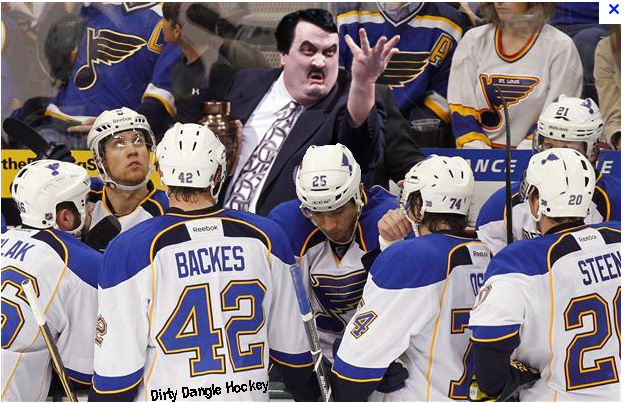 Every time Steven Stamkos scores a goal each fan at the rink goes home with a bag of quinoa.

Every time the Leafs blow a lead in the third period each fan in attendance gets a free movie on Rogers On Demand.

Similar to a baseball team's promotion of running the bases after a game, fans will be given the chance to cycle in the corner with the Sedins.

The Capitals hold a draw every home game and two lucky people will be invited to Alex Ovechkin's wedding.

Evander Kane should chaperone a bunch of lucky fans on a trip to Vegas and show them how it's done.

Posted by Dirty Dangle at 11:14 PM
Email ThisBlogThis!Share to TwitterShare to FacebookShare to Pinterest