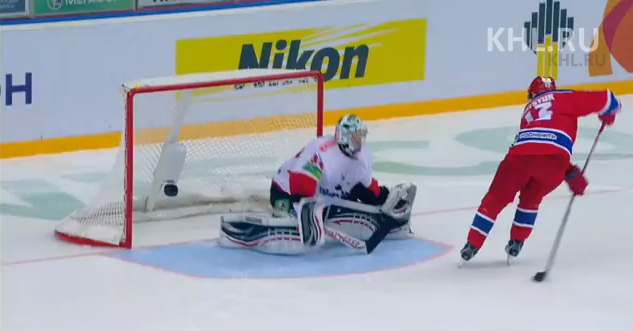 Early this morning it was announced that there was a tentative deal in place to end the NHL Lockout and begin a 2013 NHL season as early as January 15th. Despite this announcement, a handful of NHLers still took to the ice in the KHL for their final games in Europe as the great exodus of NHLers out of Europe will begin shortly. One of those players was Pavel Datsyuk who suited up for CSKA Moscow just as he's done the past 4 months and boy are we glad he did.

Here's his shootout goal from this morning:

That's the most Datsyukian goodbye ever.
Posted by Dirty Dangle at 11:19 AM
Email ThisBlogThis!Share to TwitterShare to FacebookShare to Pinterest