The Lightning made an inforgraphic to mark the occasion and we generally like to share things we find interesting so here it is: How many of you said, "I really thought he had more points..."? While Lecavalier has been pretty consistent in the goal scoring department with 12 straight 20+ goal seasons, his point totals are all over the map. It's kind of fitting because that's the way his career has been. Here are some of our favourite highlights of Vinny's career:

1998 - Lecavalier is drafted first overall and dubbed the "Michael Jordan of hockey" by the Lightning owner. Talk about putting pressure on a kid.

2000 - After two seasons, Lecavalier is named captain of the Lightning and becomes the youngest captain in NHL history at age 19 and 314 days. He's since been passed by Sidney Crosby and Gabriel Landeskog.

2001 - After one season as captain, Lecavalier is stripped of the captaincy by head coach, John Tortorella. Apparently he clashed with Tortorella more than a few times. Someone feuding with Torts? No way. 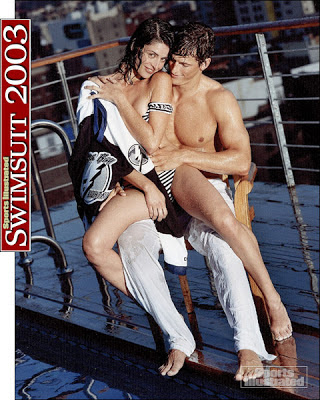 2004 - Lecavalier wins the Stanley Cup with the Lightning and his fight with Jarome Iginla in game three of the Cup Finals is legendary.

2005 - Vincent Lecavalier hits the big screen and appears as Jean Beliveau in The Rocket: The Maurice Richard Story.

2007 - Vinny wins the Maurice Richard Trophy as the top goal scorer with 52 goals.

2008 - After signing his contract extension, Lecavalier is renamed the captain of the Lightning.

2009 - Rumours start of a trade that would send Vinny to his hometown Montreal Canadiens. For some reason Habs fans give Vinny a standing ovation at the All-Star Game thinking that will make a trade happen.

Posted by Dirty Dangle at 1:42 PM
Email ThisBlogThis!Share to TwitterShare to FacebookShare to Pinterest