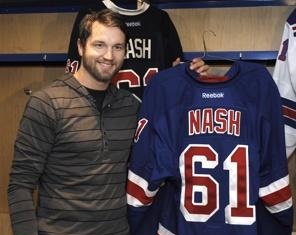 Thanks to the NHL Lockout and shortened 48-game season it caused, hockey fans will only be getting intra-conference games during the regular season. While we still get Sid vs. Ovi  Stamkos and everyone vs. Vancouver (everyone really does hate them eh?), there are some fun matchups that we'll be missing this season which really suck for hockey fans. You always like to see a players return to their former team or a classic rivalry, but some of those will be on hold at least until the next season.

Take a look at the 5 matchups we were looking forward to this season:

We all remember the Rick Nash Saga of 2012 that culminated in Nash landing as a Ranger in New York. After playing 674 regular season games and 4 career playoff games with the Columbus Blue Jackets, Rick Nash was the talk of the town around the trade deadline and offseason as Scott Howson looked up get more NHLers on the lowly Jackets roster. We were more interested in how Nash's first game in Columbus would go down. Would the fans boo? Would Nash light it up? 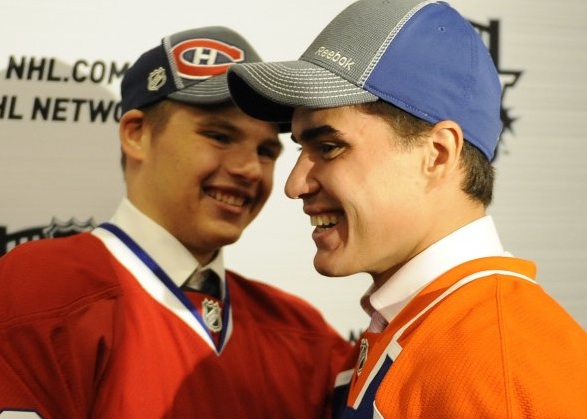 The battle of the former Sarnia Sting duo and the #1 and #3 overall picks in the 2012 NHL Draft. The two are buddies so it would have been fun to see how they matched up against each other. While the two met at the 2013 World Juniors representing their countries, both notched an assist as Russia defeated the USA in the preliminary round. Both are very skilled players that proved they belong in the NHL this year with the big boys and it's too bad their NHL head-to-head matchup will have to wait until next season. 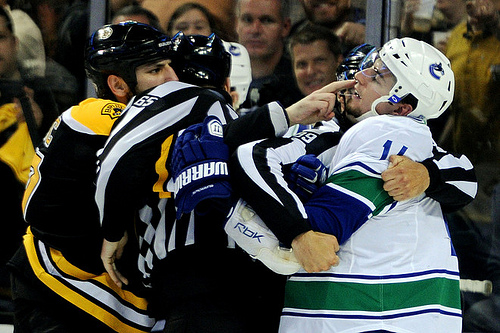 Always a highlight on the NHL schedule since their 2010 Stanley Cup meeting. There is just so much hate between these two teams that usually only meet twice a year. While the Canucks vs. Hawks is always enjoyable, Canucks vs. Bruins is just intense. One of the best cross-conference rivalries in hockey, but who knows, maybe we'll have a 2010 Stanley Cup Final repeat?

A proper farewell for Teemu's first team would have been great to see as his first visit back to Winnipeg in December 2011 was one to remember. It may have been the only time in NHL history an opposing player was cheered every time he had the puck and the home team booed when they took it away from him. Maybe Teemu will be back next year, but if he doesn't it will be pretty shitty if he doesn't get a chance to play in The Peg again. #TeemuForever.

Any matchups we missed that you wanted to see this season?
Posted by Dirty Dangle at 1:15 AM
Email ThisBlogThis!Share to TwitterShare to FacebookShare to Pinterest