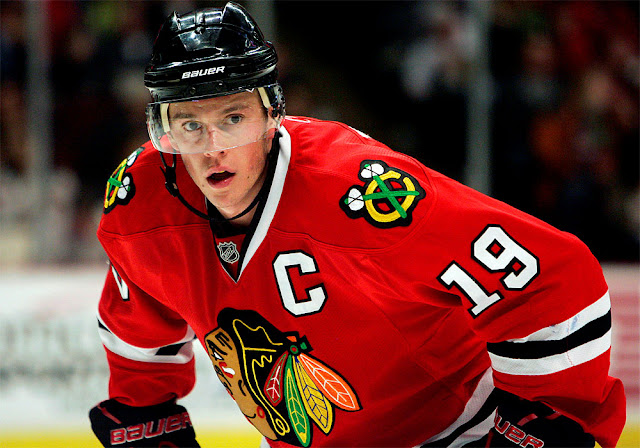 The 2013 NHL  regular season has come to a close and it's time to pick our winners for the major NHL awards before the playoffs influence our opinions. Some of these awards are very difficult to choose with many candidates in the running for each award. This was expected in a shortened 48-game season as nobody really had the time to run away with an award. We may not get an actual say in who will win, but our picks will make for a fun drinking game in June.


Yes he only played 36 games, but Sid was the best player this year and still finished 3rd in scoring with 56 points. If he hadn't taken a puck to the grill he would have been a lock for this trophy as he was on pace for just over 74 points in 48 games. Many will say this trophy is for the player that helped his team the most over the year and that the Penguins are a great team without Crosby, but you can't take the trophy away from him just because he plays on a stacked team.

Bobrovsky is a folk hero these days in Columbus after almost sneaking his team into the playoffs. For goalies that played at least 30 games , Bobrovsky finished 2nd in goals against with a with a 2.00 GAA, 1st in save percentage with a sparkling .932% and tossed in 4 shutouts. Will this be the year a goalie who didn't make the playoffs wins the Vezina? We sure hope so because BOBROVSKY was the best goaltender this season in our minds.


This will be a tight one, but we have to give Letang the edge over P.K. Subban. Both players tied for the defensive scoring lead with 38 points, but Letang played 7 less games. In addition, 68% of Subban's points came on the powerplay while Letang had better all around scoring with 66% of his points at even strength. Throw in Letang's higher TOI, lesser PIMs and higher +/- and you have a solid argument to give him the award.

Huberdeau had a very solid rookie campaign for Florida putting up 14 goals and 31 points which was tied for the rookie scoring lead with Nail Yakupov. Huberdeau played 16:55 minutes a game which was the highest TOI for forward rookies this season and had 71% of his points come at even strength. The big difference for us was that he wasn't protected at all with the Panthers thin line-up throughout the season and played against the the oppositions top shutdown lines.

Bill Masterton Memorial Trophy - Josh Harding
Having been diagnosed with multiple sclerosis in the fall, Harding vowed his career was not over and he would battle the inflammatory disease. He made true to his promise and promptly earned a shutout in the first game of the season against the Dallas Stars. Despite some medication setbacks, Harding helped the Wild's AHL farm club make the playoffs on a conditioning stint and will be playing in the Stanley Cup Playoffs. Fuck MS, you rule Josh Harding.

Jack Adams Award - Paul MacLean
With injuries to the core of his team, MacLean has guided the Ottawa Senators to the playoffs using a bulk of the Binghamton Senators. Consistency between the NHL club and farm club have helped the transition for call ups adjust to MacLean's systems and they finished 7th in the East because of it. Everyone expected the team to crumble without Jason Spezza, Craig Anderson, Erik Karlsson and Milan Michalek, but the Sens thrived. I hate the Senators, but you have to give credit when it's due.

Previously he's been a finalist, but this year he should be the winner as the forward who best excels as the defensive aspects of the game. 1st in takeaways. 2nd in faceoffs with a 59.9 winning percentage. 3rd in +/- at +28. Toews is a beast that plays and succeeds in all situations. 39 even strength points, 6 powerplay points and 3 shorthanded points demonstrate is all around offensive talent. While he's long been praised for his two-way game, it's time he's formally recognized for it with the Selke.

Who doesn't love Marty St. Louis? The 37-year-old showcased his offensive talent by becoming the oldest player to win the Art Ross Trophy this season with 60 points in 48 games, and also demonstrated he's a gentleman on the ice with only 14 PIMs all season. St. Louis is all class and just seems like a great guy to have beers with. His career is winding down, but he's still a great veteran that brings it every night and will be greatly missed in Tampa when he's retired.


Who do you think deserves some hardware this season?

Posted by Dirty Dangle at 8:31 PM
Email ThisBlogThis!Share to TwitterShare to FacebookShare to Pinterest