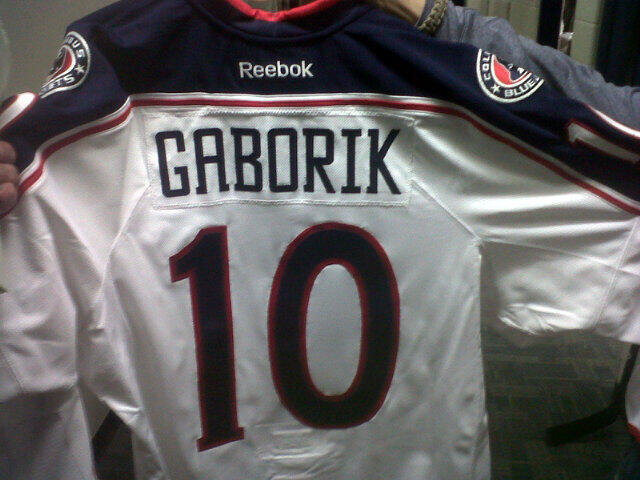 With just a few weeks left in your fantasy hockey leagues many general managers are looking for a way to move up the standings and pick up some much needed extra points. Now that there's been some movement at the trade deadline, you might have an opportunity to pluck up a gem that's been sitting on the free agent list. Trades mean new teams and new linemates. They can be a world of a difference for some players and for your fantasy hockey club.

Here are some of the players the NHL Trade Deadline impacted for fantasy hockey:

Erat moves from a defensive system that lacked offensive star power to the Washington Capitals. In 36 games, Erat put up just 4 goals and 21 points in just under 19 mins/game. His ice time might drop a bit if he's not paired up with Alex Ovechkin, but he should continue to get lots of powerplay time with his offensive talent. The Capitals gave up a pretty solid prospect to get Erat, so we expect him to get the opportunities to put up some points.

Jokinen had been sliding down the depth charts in Carolina the last few years since his 65 point season back in 2009-10. So far this season he has put up 11 points in 33 games, playing 15:35 minutes a night. Jokinen can play wing or centre and has a 59.4% faceoff percentage this year. While Jokinen went unclaimed last week on waivers, he became useful to the Penguins when Sidney Crosby broke his jaw. Look for Jokinen to get some solid minutes between Kunitz and Dupuis.

Gaborik was getting threatened with 4th line minutes under John Tortorella in New York so this will definitely help his fantasy stock. In Columbus, Gaborik will now be the go-to guy and he'll have a chip on his shoulder to shove it in Torts' face. He's struggled this season (like most of the Rangers) and his 9 goals through 35 games were not what fantasy owners were expecting from the 3 time 40-goal scorer. Look for increased minutes and scoring opportunities as the new triggerman for the Blue Jackets.

The captain of the Sabres joins a rising Wild team that now leads the Northwest Division. Pominville has not produced like last season's 73-point campaign that saw him score 30 goals, but with new linemates that could change. If the Wild do slide him onto a line with Mikko Koivu and Zach Parise, consider yourself pretty lucky to have him down the fantasy season stretch as he'll be sure to put up some big points. Regardless of where he plays, expect Pominville to be rejuvenated knowing he'll be playing in the postseason later this month.

Martin St Louis 2.0 was looking to be up for rookie of the year so many Lightning fans will already be hating this deal. Conacher has 9 goals and 24 points in 35 games this season in 14:21 of ice time and you don't usually see many teams dealing away a 23-year-old who is putting up those numbers. Many feel Conacher has been aided by getting some minutes with the Lightning's top players and that he won't put up those type of numbers in Ottawa. With Ottawa, he'll join a hard-working team that grinds out goals, but he looks to be playing with some other skilled guys in Zibanejad and Siflverberg so maybe the kids can get the Sens offence going.

The Sieve has finally been traded out of Columbus and like most Philadelphia goaltenders we have no idea how he will perform. He'll definitely get some starts down the stretch if Bryzgalov struggles and the change of scenery could be beneficial for the former Calder Trophy winner. His numbers are pretty shitty this year (2.95 GAA, .899 SV%, and 3-6-1 record), but he could improve under better defence in Philly.

Bishop will get the bulk of the starts in Tampa and his skills will be put to the test going from the Senators to the Lightning. Both teams allow plenty of shots, but Ottawa has the best goals against in the league thanks to the combo of Bishop, Lehner and Anderson. If Bishop can continue his strong play (2.45 GAA and .922 SV%) he could give Tampa Bay new playoff life by stealing some wins and increasing his fantasy value. One thing is for sure, he'll be getting the bulk of the starts in Tampa's final 13 games with Anders Lindback injured. Sure looks fun being 6'7" and a pretty athletic goaltender:

Posted by Dirty Dangle at 5:10 PM
Email ThisBlogThis!Share to TwitterShare to FacebookShare to Pinterest